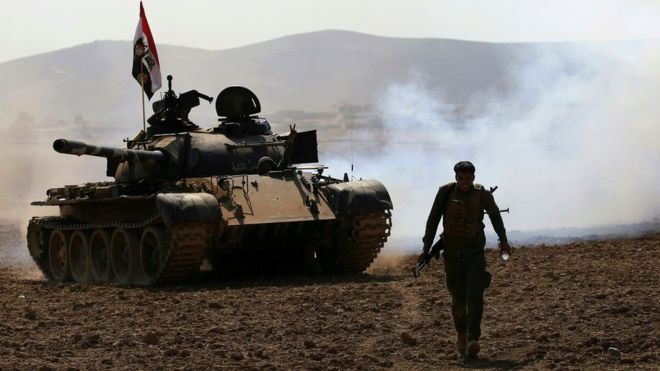 A mass grave containing the remains of about 500 people has been found at Badoush prison near Mosul, Iraqi forces say.

Axar.az reports that the Shia-led Hashd al-Shaabi forces said the victims were "civilian prisoners" murdered by militants from so-called Islamic State (IS).

IS is alleged to have killed up to 600 inmates, most of them Shia Muslims, when it seized Mosul in 2014.
Badoush prison was recaptured earlier this week.

The Hashd al-Shaabi paramilitary forces said on Saturday that the "large mass grave" contained the remains of about 500 civilian prisoners who were "executed by (IS) gangs after they controlled the prison during their occupation of Mosul".

The number of bodies reportedly found could not be immediately verified, but a 2014 report by Human Rights Watch (HRW) said that hundreds of male inmates were murdered by IS gunmen at the time.