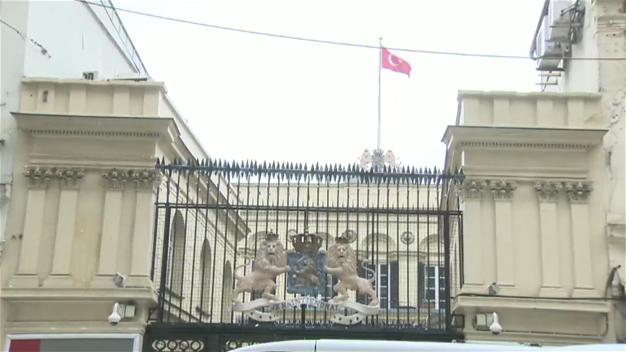 An unidentified man has raised a Turkish flag at the Dutch consulate in Istanbul on March 12 after lowering the Dutch flag amid a row between the two countries that was touched off by the Netherlands’ refusal to allow a Turkish minister to enter the Turkish consulate in Rotterdam.

According to Turkish sources, the flag was raised within the Dutch consulate’s initiative and it was impossible to enter the consulate from outside amid tough security measures.

Protests in front of the consulate building have been continuing while police have sealed off the building.