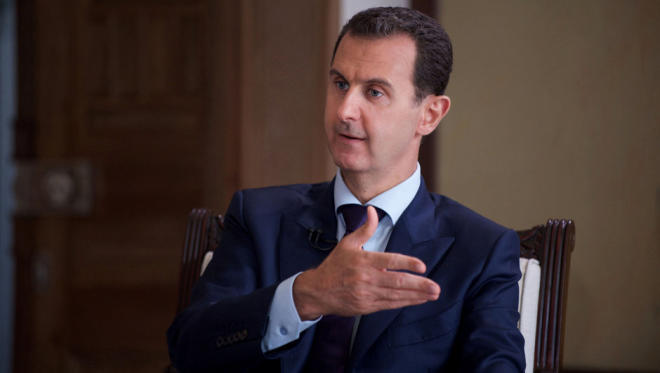 Syrian President Bashar al-Assad said U.S. forces in Syria were "invaders" and he had yet to see "anything concrete" emerge from U.S. President Donald Trump's vow to prioritize the fight against Islamic State.

Axar.az reports Assad has said he saw promise in Trump's statements emphasizing the battle against Islamic State in Syria, where U.S. policy under President Barack Obama had backed some of the rebels fighting Assad and shunned him as an illegitimate leader.

The United States is leading a coalition against Islamic State in Iraq and Syria.

In Syria, it is working with an alliance of Kurdish and Arab militias. Their current focus is to encircle and ultimately capture Raqqa - Islamic State's base of operations in Syria.

This week, the U.S.-led coalition announced that around 400 additional U.S. forces had deployed to Syria to help with the Raqqa campaign and to prevent any clash between Turkey and Washington-allied Syrian militias that Ankara sees as a threat.

Asked about a deployment of U.S. forces near the northern city of Manbij, Assad said: "Any foreign troops coming to Syria without our invitation ... are invaders."

"We don't think this is going to help".