US ambassador to Kazakhstan to attend Astana talks 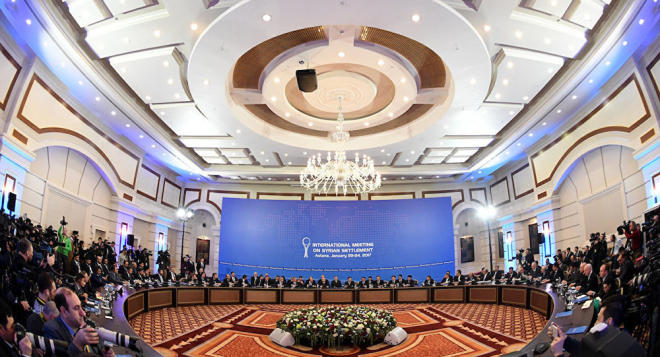 The US envoy to Kazakhstan, George Krol, will attend the upcoming Syria talks in Astana, Department of State Acting Spokesperson Mark Toner said in briefing on Monday.

Axar.az reports that the State Department previously said that the US embassy in Astana would represent the United States at the talks but never specified at which level.

"As with previous talks, our ambassador to Kazakhstan [George Krol] will attend," Toner told reporters when asked if there would be a US representative at the talks.

"It was at least some hope that these talks in Astana, when they started, would potentially lead to a durable ceasefire or cessation of hostilities on the ground in Syria," Toner stated. "One that could allow us to really, concretely, get the Geneva talks up and running, and that remains an obstacle."

The first round of Astana talks on Syria brokered by Russia, Turkey and Iran were held on January 23-24 and resulted in a Moscow-Tehran-Ankara agreement on the establishment of a trilateral mechanism to monitor the ceasefire in Syria.
The second round of the Astana talks took place on February 15-16, with the participants agreeing to set up a ceasefire monitoring group, encompassing Iran, Russia and Turkey, that would report to the United Nations.

The third round of intra-Syrian talks in Astana will take place on March 14-15, with the consultations to be held on the first day and the plenary session to take place on Wednesday.