US couldn't beat IS: Marine Corps are joining fight 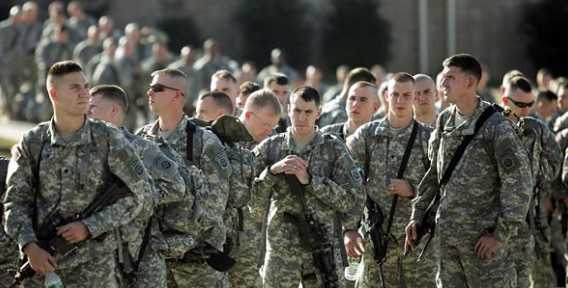 A unit of the US Marine Corps has arrived at an airfield in the al-Hasakah province in Syria's north, a Kurdish source told.

According to the source, the unit was transported on helicopters from Iraqi Kurdistan to the Rumeilan airfield located near the Syrian city of Qamishli.

They started arriving five days ago, the source said. In addition to several hundred US marines, an artillery battery is expected to arrived from the Iraqi base.

According to the source, part of the military forces, which cannot arrive in Syria using helicopters, will be transported by land through the Semalika passage located between Syria and Iraqi Kurdistan.

"The number of the US forces which are currently in Syria has been boosted under the Barack Obama administration. Earlier, their presence was limited to military experts and advisors, while now we witness the arrival of the Marine Corps forces," the source told Sputnik.

Last week, a representative of the US-led coalition, John Dorrian, confirmed that the US is going to deploy Marine Corps units and rangers in Syria. 400 troops are expected to arrive. Hitherto, the US military contingent in Syria has been comprised of about 500 people.

The United States deployed US marines to the Syrian city of Raqqa without the permission of the Damascus government, Central Command chief Gen. Joseph Votel said earlier. He said that US Marines have been deployed to Syria to make sure coalition troops on the ground receive necessary support in the fight to retake Raqqa from the Daesh.

The marines will be supporting US partner forces on the ground that lead the offensive to liberate Raqqa from Daesh codenamed Operation Euphrates Rage. The operation was launched by the Kurdish-led Syrian Democratic Forces (SDF) on November 5, 2016. The SDF was formed in 2015 as the defense force of northern Syria's de facto autonomous Rojava federation and is supported by the US-led coalition. The group is among the forces fighting Daesh and brings together Kurdish, Arab, Assyrian and Turkmen fighters, among others.

The news comes after the Pentagon was tasked to send US President Donald Trump options to accelerate the fight against Daesh.