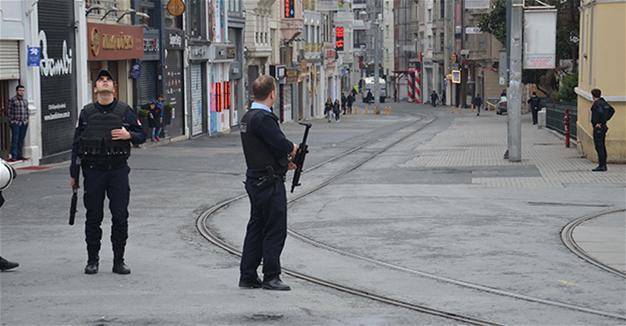 The Federal Bureau of Investigation has been investigating an Islamic State Iraq and the Levant (ISIL) cell known as the “Dokumacılar” since a suicide attack killed two U.S. citizens and two others on Istanbul’s İstiklal Avenue on March 19, 2016, according to revelations from a case file at the Istanbul Chief Prosecutor’s Office.

Officials in Turkey sent hard drives, judicial reports, photos and videos from the scene to the United States following the request for assistance by the U.S. Justice Department. The FBI subsequently began examining the evidence at a crime laboratory in Virginia.

Five suspects from the attack were put on trial by the Istanbul 23rd Court of Serious Crimes in connection with the attack.

The U.S. Justice Department exchanged correspondence with the Turkish Justice Ministry’s General Directorate of International Law and Foreign Relations on May 20, 2016, with documents revealing that the FBI and the Columbia Prosecutor’s Office were conducting an investigation about the incident.

“The FBI believes that the Dokumacılar Group was connected to the suicide attack on March 19, 2016, which occurred in Istanbul that killed two U.S. citizens and wounded one other,” it stated.

The Dokumacılar Group was formed by 60 Turkish citizens from Adıyaman and crossed into Syria after receiving training from ISIL, according to correspondence from the U.S.

Turkish police also shared the email address of the İstiklal suicide bomber, Mehmet Öztürk, with officials in the U.S.

FBI gave feedback regarding Öztürk’s account information, which was gathered from Google with Turkish police, with the bureau stating that reports would be shared with Turkish authorities following the completion of the examination, according to correspondence.

The investigation in the U.S. was conducted in strict confidence but later emerged into the open when it was included in a file at the Istanbul Chief Prosecutor’s Office.

Five people were killed and 39 others were injured in the suicide attack on İstiklal Avenue.