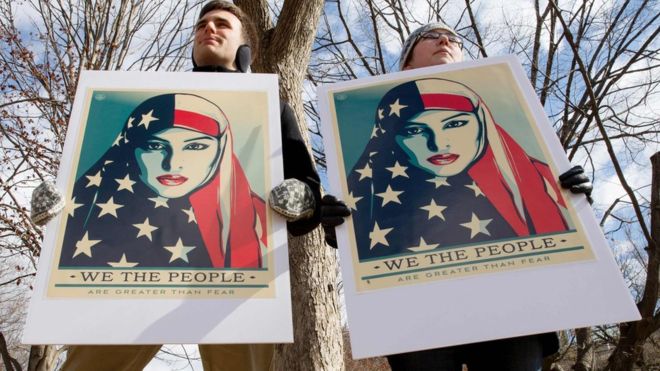 A Federal judge in Hawaii has blocked President Donald Trump's new travel ban, hours before it was due to begin at midnight on Thursday.

Axar.az reports that US District Judge Derrick Watson cited "questionable evidence" in the government's argument that the ban was a matter of national security. Hawaii is one of several US states trying to stop the ban.
The order would have placed a 90-day ban on people from six mainly Muslim nations and a 120-day ban on refugees.

President Trump said it would stop terrorists from entering the US but critics say it is discriminatory. An earlier version of the order, issued in late January, sparked confusion and protests and was blocked by a judge in Seattle.

The White House has not yet commented on the latest ruling. Lawyers in Hawaii had argued that the ban would violate the US constitution by discriminating against people on the grounds of their national origin.
The state also said the ban would harm tourism and the ability to recruit foreign students and workers.