Patients dying due to siege of Assad forces 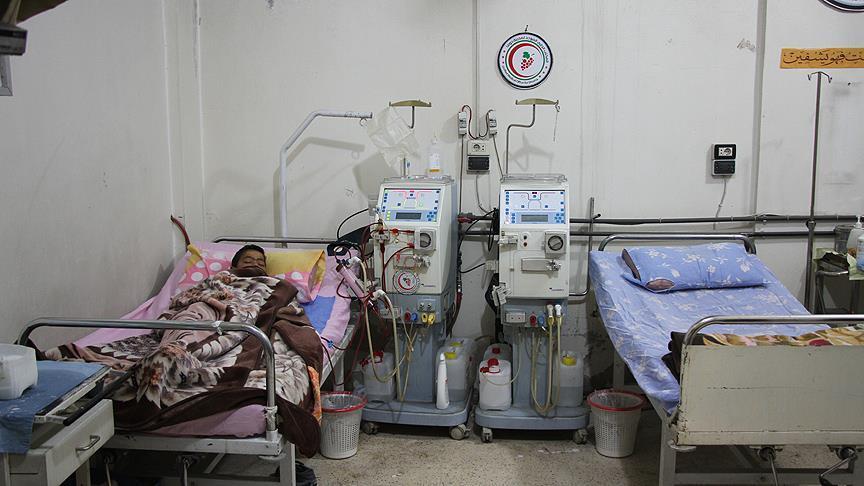 A hospital in an opposition-held part of Damascus has seen its third kidney dialysis patient die since the beginning of the year, the hospital said Thursday.

The Damascus Periphery Special Hospital in eastern Ghouta said Muhammad Amra died because medical supplies were unable to get through a blockade by regime forces.

“The death toll from renal impairment in eastern Ghouta rose to three,” the hospital said in a social media post.

It added that the prevention of a UN aid convoy entering the area by Bashar al-Assad’s troops lay behind the fatality.

The 39 other dialysis patients in the district are also under threat, the hospital said.

According to the Syrian National Kidney Foundation, there were around 7,000 dialysis patients in Syria before the war started in March 2011.

According to a 2014 article in the Avicenna Journal of Medicine, “renal and dialysis patients would have been the most vulnerable people among all chronic diseases during the conflict and their care would have been affected majorly”.

East Ghouta is the main rebel stronghold on the outskirts of the Syrian capital and has been under siege since December 2012. Before the war, more than half a million people lived in there but its population has shrunk to tens of thousands.

Russia declared a cease-fire on March 6 that is due to expire on March 20. However, there were reports of air and artillery strikes within 24 hours of the truce’s start.

A senior member of the hospital’s medical staff told Anadolu Agency that disruption in the supply of medical equipment was causing patient deaths.

The source, who did not want to be named due to security concerns, said: “We call all international health organizations and aid organizations to act as soon as possible and support us.”