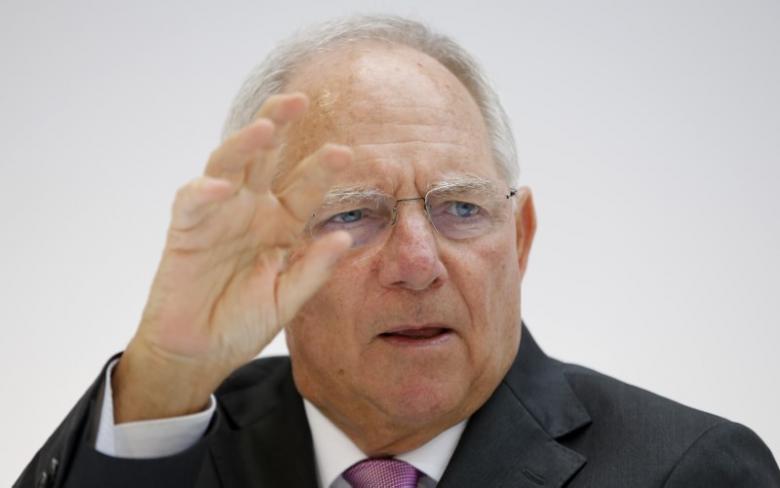 The parcel was mailed to Schaeuble from a post office branch in Athens but was intercepted by the German finance ministry's mail department.

The group has previously claimed responsibility for a wave of parcel bombs sent to foreign embassies in Athens in 2010.

"We still have the rage. We sent the package to Germany's finance minister as part of the second act of Nemesis Plan," the group said in a statement on the internet. "Nothing is over, everything continues."

It did not specify what Nemesis Plan was. Police consider the claim as credible.

Schaeuble is not popular in Greece, perceived as a hardliner on austerity during the country's long financial crisis.

Conspiracy of Fire Cells, one in a long line of violent anti-establishment groups in Greece, initially specialized in arson attacks but turned to bombings in May 2009. In 2011, six of their members were sent to prison with sentences ranging from 11 to 37 years.

The group has become prominent since the economic crisis erupted in Greece and is accused by police of carrying out about 150 criminal acts since 2009.

Police have located the post office branch from where the parcel was mailed to Schaeuble and are examining videos from a camera.

"The sender did not enter the branch but placed the package inside a box outside that people use when they want to avoid lines," a police official told Reuters, declining to be named.

Greek police have been told by their German counterparts that the parcel contained explosives inside a book, connected with cables. It is not clear if the device could have exploded.

Police said the sender's name on the package was that of senior conservative politician Adonis Georgiadis, vice president of the New Democracy party, which is currently leading the leftist-led coalition government in opinion polls.

Late on Wednesday Georgiadis confirmed that his name had been used as the sender of the parcel. "Unfortunately it is true and not funny at all. My targeting by terrorists is continuous," he said in a tweet.