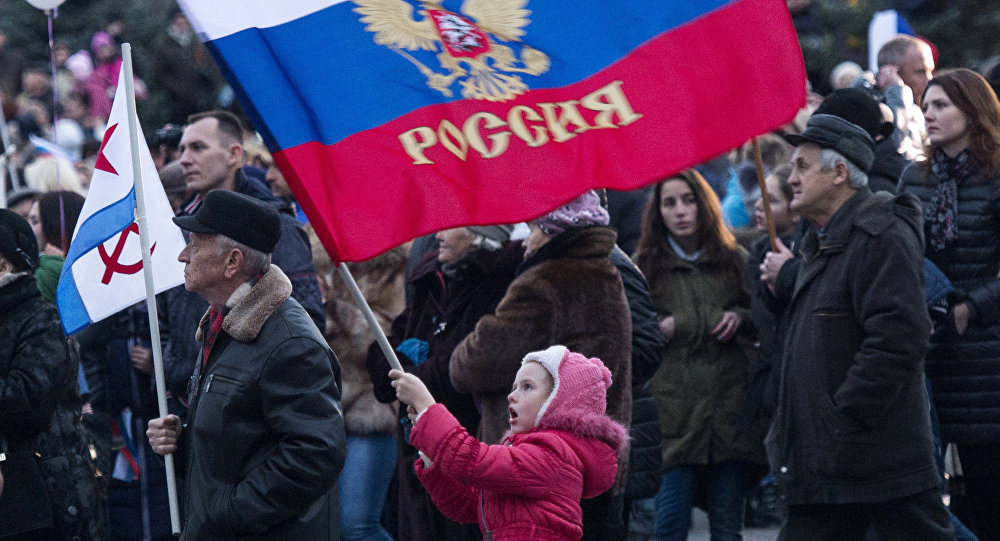 About 150,000 people have come to University Square near the main building of Moscow State University (MSU) to celebrate the third anniversary of Crimea’s reunification with Russia, Moscow City police told.

Axar.az reports that "As of 19.00 Moscow Time (16.00 GMT) about 150,000 people are taking part in festivities on University Square in front of the MSU building," the police say.

Crimea, where most residents are ethnic Russians, refused to recognize the legitimacy of authorities brought to power amid riots during a coup in Ukraine in February 2014.
On 16 March 2014, more than 82% of Crimea’s electorate took part in the referendum, when 96.77% in the Republic of Crimea and 95.6% in the Black Sea naval port of Sevastopol backed splitting from Ukraine and spoke in favor of reuniting with Russia. On March 18, President Vladimir Putin signed the treaty on Crimea’s reunification with Russia. Russia’s Federal Assembly (parliament) approved the document on March 21.