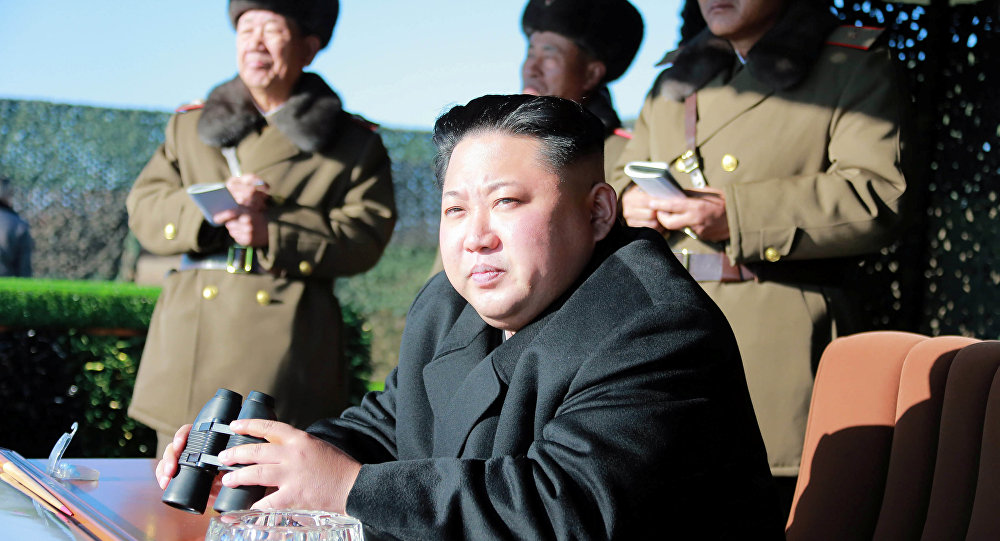 Axar.az reports that North Korean leader Kim Jong Un was present at the test of the engine, developed by the Academy of the National Defense Science, and noted its historic importance for the rocket industry, according to the Korean Central News Agency (KCNA).

The news agency added that Kim Jong Un studied the engine's technical specifications ahead of the test and then guided the test.

Last Friday, US Secretary of State Rex Tillerson said the United States' strategic patience with North Korea has ended, and warned that "all options are on the table" for Washington when dealing with Pyongyang, including military intervention.

On March 6, media reported that North Korea fired four ballistic missiles, and three landed in Japan's exclusive economic zone. According to the Japanese Defense Ministry, the missiles did not inflict any damages. South Korean military claimed that the missiles had flown more than 600 miles. Pyongyang said that the launches were a successful drill to strike US military facilities located in Japan.
The six-party talks launched in 2003 aimed to end North Korea's nuclear program via negotiations involving the United States, China, Russia, Japan, South Korea and North Korea.

The negotiations reached a stalemate when North Korea withdrew from the talks in 2009 and has since carried out multiple nuclear and ballistic missile tests.