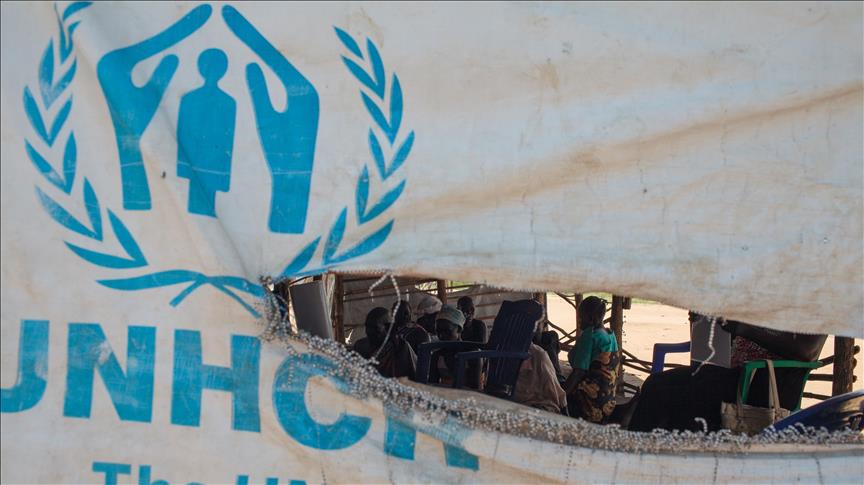 A famine produced by a vicious combination of fighting and drought is now driving the world’s fastest-growing refugee crisis in South Sudan eight months after fresh violence erupted in the country, the UN refugee agency has warned.

Axar.az reports that, "Total displacement from South Sudan into the surrounding region is now 1.6 million people. The rate of new displacement is alarming, representing an impossible burden on a region that is significantly poorer and which is fast running short of resources to cope," UNHCR spokesperson Babar Baloch told reporters Friday.

Indicating that refugees from the small country are fleeing into Sudan, Ethiopia, Kenya, the Democratic Republic of the Congo, and Central African Republic, Baloch said, "Almost half have crossed into Uganda, where in the country’s north, the situation is now critical."

Saying that around 2,000 people from South Sudan arrive in Uganda daily, Baloch added, "The influx peaked in February at more than 6,000 in a single day. In March, the peak in a single day has been more than 5,000 with the current daily average of over 2,800 arrivals.

"A result of the rapid influx is that transit facilities in northern Uganda set up to deal with the newly arriving refugees from South Sudan are becoming overwhelmed. Recent rains in the area have not helped matters, and are adding to the misery."

Last April Machar was sworn in as vice-president, but in July fled after renewed fighting between Kiir loyalists and his own faction.

The three-year conflict has claimed tens of thousands of lives and forced 3 nearly million people to flee their homes.