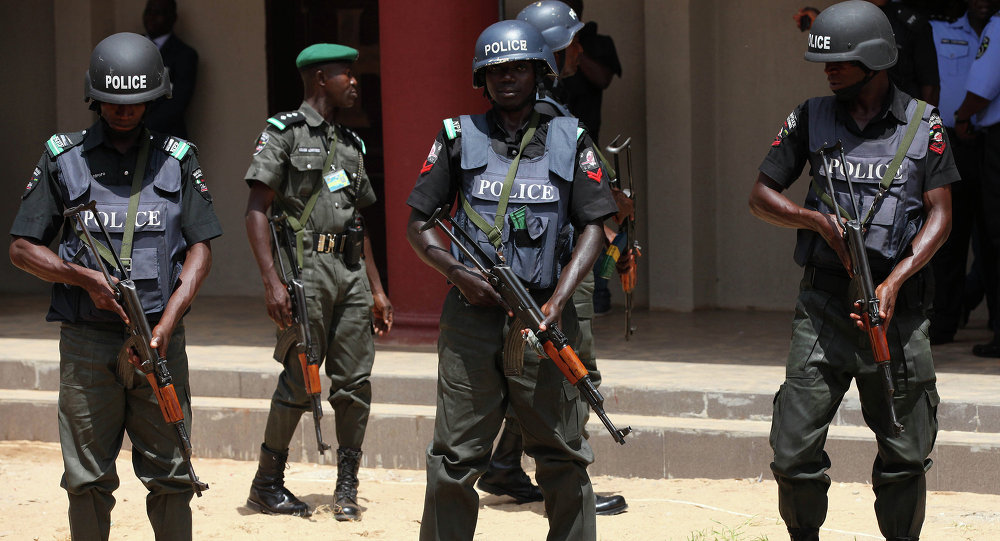 At least four people died and eight were injured after three suspected Boko Haram suicide attackers tried to enter a village near the city of Maiduguri, the capital of the Borno state in northeast Nigeria, a police spokesman said Sunday.

Axar.az reports that the attackers detonated their explosive devices at 9 p.m. local time (20:00 GMT) after being noticed by the Civilian Joint Task Force (JTF) personnel, according to spokesman Victor Isuku.
"Four people which include a Civilian JTF, a woman and her two children died while eight others sustained injuries, and have been taken to hospital," Isuku was quoted as saying by the Cable newspaper.

Earlier this week, media reported that suspected Boko Haram militants attacked the town of Magumeri in the Borno state of Nigeria.

Boko Haram, the group, which operates mainly in northern Nigeria, has also been active in the neighboring states, such as Chad and Niger. In 2015, it pledged allegiance to the Daesh terrorist group, which is outlawed in Russia and numerous other states.