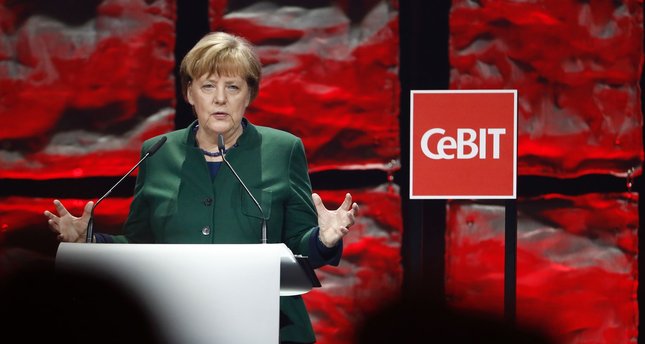 Chancellor Angela Merkel reiterated on Sunday that Germany was strongly in favour of free trade and open markets after the recent G20 meeting ended as a failure of the world's financial leaders to agree on resisting protectionism, which poses a risk for growth of export-driven economies such as host Germany.

Axar.az reports that "We do want open markets, fair trade, we certainly don't want any barriers but at a time of an 'Internet of things' we want to link our societies with one another and let them deal fairly with one another, and that is what free trade is all about," Merkel said at the CeBIT technology fair in Hanover.

Speaking after Japanese Prime Minister Shinzo Abe told the same event that the European Union and Japan should soon reach an economic deal, Merkel said: "It's very, very good that Japan says we want a free trade agreement, we want it soon because that could be the right statement and Germany would love to be a propelling drive behind this."

On Sunday, after acquiescing to an increasingly protectionist United States after a two-day meeting in the German town of Baden-Baden, the finance ministers and central bank governors of the 20 biggest economies dropped a pledge to keep global trade free and open.