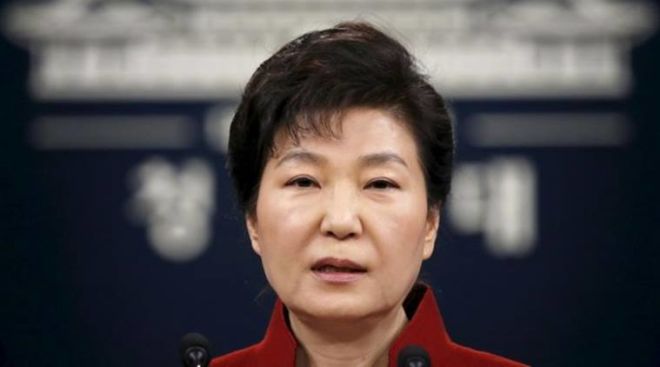 Ousted South Korean President Park Geun-hye is being questioned by prosecutors over a corruption scandal that brought her down.

Axar.az reports that after arriving at the office, she told reporters she was "sorry". Ms Park resisted efforts to question her when she was president, but lost her immunity when judges upheld parliament's decision to impeach her.

She could be charged for allegedly allowing close friend Choi Soon-sil to extort money from large firms.
Ms Choi has been charged with bribery and corruption.

On Tuesday, Ms Park's supporters gathered outside her home in an affluent suburb of Seoul, as she was escorted by police to the prosecutors' office in a short journey covered live on television.
People waved the South Korean flag, a symbol of the pro-Park movement.
"I am sorry to the people. I will faithfully cooperate with questioning," Ms Park told the media when she arrived.