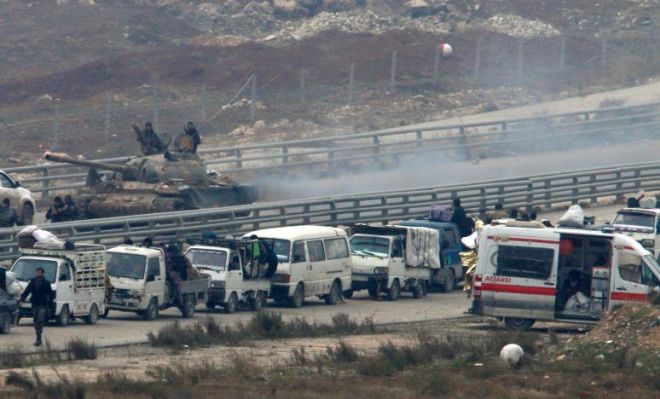 European countries should follow the example of Russia, China and Iran and assist Syria in the war on terror, Aleppo Governor Hussain Diab said at a meeting with a parliamentary delegation comprising members of the Russian State Duma (lower house of parliament) and representatives of Parliamentary Assembly of the Council of Europe (PACE).

Axar.az reports that Diab added that "the blood of the fallen soldiers, officers and generals has become a beacon" lighting the way to fight terrorists for Syria and Russia.

"We would also like to thank Iran and China for supporting our position concerning the war against terrorism. We would like our European friends to support us, too, because Syria is not the only country who has been facing the threat of terrorism," Diab pointed out.

"We are grateful to the people of Russia, its president and government for supporting the Syrian people’s struggle against terrorism," the Aleppo governor stressed.

He added that the Aleppo authorities highly valued the humanitarian aid and logistics support provided by Russia. "We confirm our willingness to develop cooperation with you," Diab said.

A parliamentary delegation headed by Russian State Duma Deputy Speaker Vladimir Vasilyev is currently on a visit to Syria. The delegation particularly comprises parliament members from European countries, including Pedro Agramunt, PACE President. On Monday, the delegation members met with Syrian President Bashar al-Assad while on Tuesday, they visited the Russian Center for Reconciliation of the opposing sides in Syria, based at the Hmeimim Air Base.