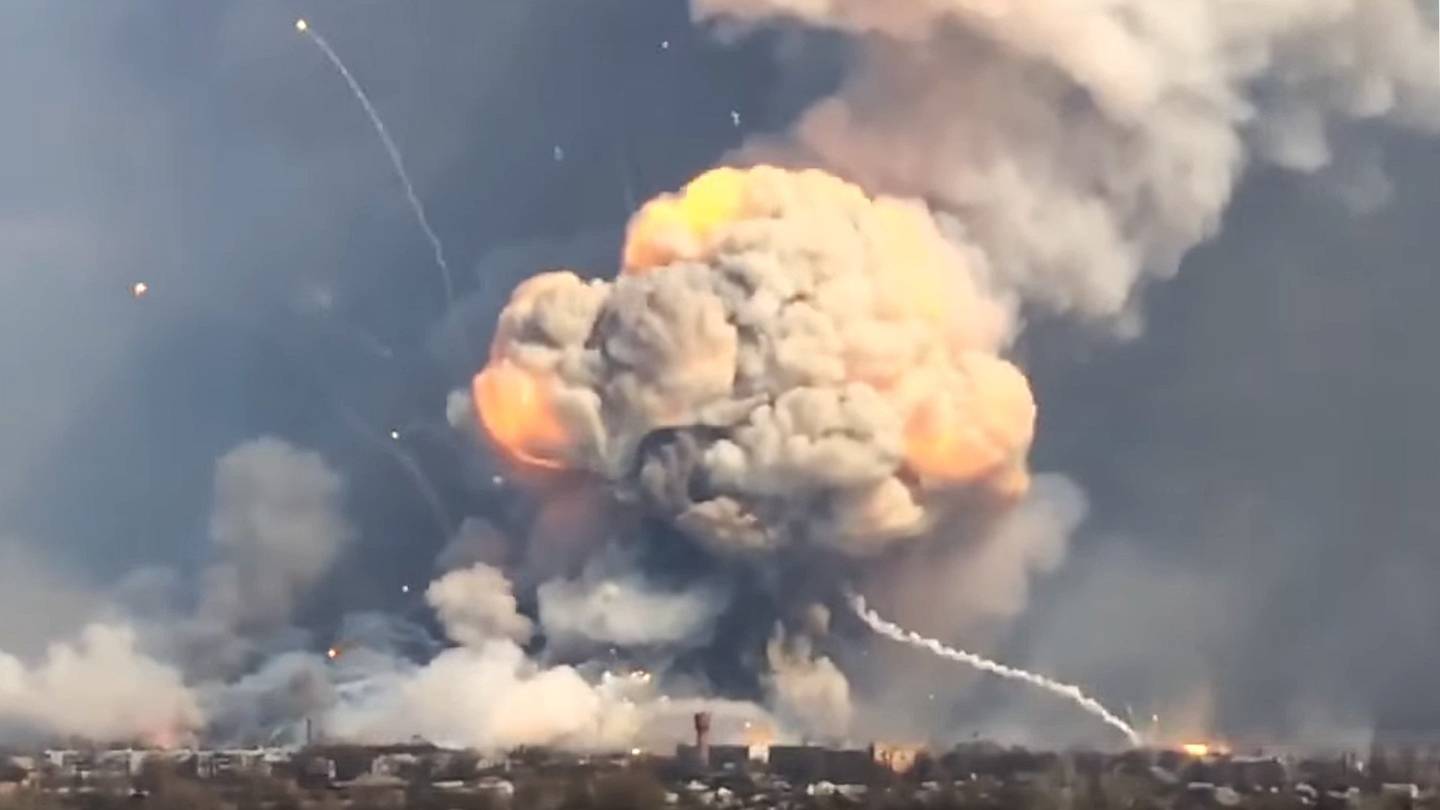 Detonations continue at the ammo depot in Ukraine's Kharkov region, where the fire was extinguished, press service of the national emergencies service said on Saturday.

"As of 07:25 on Saturday, occasional explosions of various intensity continue at the technical territory of the depot," the press service said.

Special equipment, including two fire tanks and three fire vehicles, are used at the depot now, the press service said, adding gas supplies had been cut, and railway communication at the local station was stopped. The air communication is closed in the area of 40 km.

The now-infamous fire broke out at the military depot in near the city of Balakleya at around 3.00 a.m. local time (0100GMT) on Thursday. Chief Military Prosecutor Anatoly Matios said the fire and a series of blasts were recorded in several storage facilities for artillery shells and missiles.

Until recently, the ammo depot in Balakleya, encompassing an area of 368 hectares, was considered to be Europe’s largest facility for storing weapons. The depot may house up to 150,000 tonnes of armaments. Media reports say currently there are some 125,000 tonnes of munitions there.

Earlier, Ukrainian Prime Minister Vladimir Groisman said that the blaze had engulfed nearly half of the entire territory of the military facility and extinguishing it "may take up to seven days."

Ukraine’s top military brass labeled the blasts at the ammo depot an ‘act of sabotage.’ Meanwhile, a spokesman for the Lugansk people’s militias said that Kiev’s military may have blown up the depot to cover up the mass shortage of munitions there.