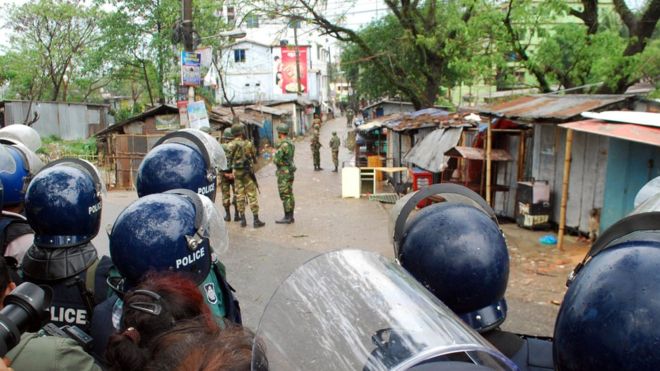 Axar.az reports that the blasts in Sylhet occurred near an apartment building where commandoes have been trying to flush out a group of suspected Islamist militants.

Earlier many civilians were evacuated from the block of flats. The suspects have refused to surrender.
Dozens of people were injured in the twin explosions on Saturday.

Army units continue to surround the building.
The blasts hit a large crowd which had gathered nearby as troops continued to exchange gunfire with the militants.

The first explosive device was brought by two men on a motorbike and the second was left in a bag of vegetables, police say.

So-called Islamic State (IS) claimed on messaging app Telegram that it was behind one of the blasts.
The suspected extremists are hiding out in a five-storey building, from which 78 civilians have been evacuated.
They keep detonating explosives strewn all around the building, the army says.