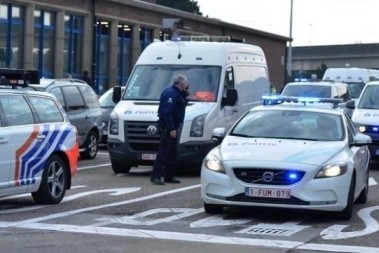 Belgian authorities have issued an official statement regarding the explosions in Brussels.

A suicide bomber blew himself up at Brussels airport on Tuesday killing at least 11 people and a further blast tore through a rush-hour metro train in the capital shortly afterwards, claiming 15 lives, according to public broadcaster VRT.


More than 35 people are reported to have been injured.


Condemning the suicide attacks in Brussels, Charles Michel, the Prime Minister of Belgium, said "today was a black day" for the country.


The ISIS member, Abdeslam, who had been on the run since the November 13 Paris attacks that killed 130 people, was captured in Belgium on March 18 this year. There were suspicions that ISIS was going to carry out a series of terrorist acts in Belgium.