Hungary ready to detain all refugees on border 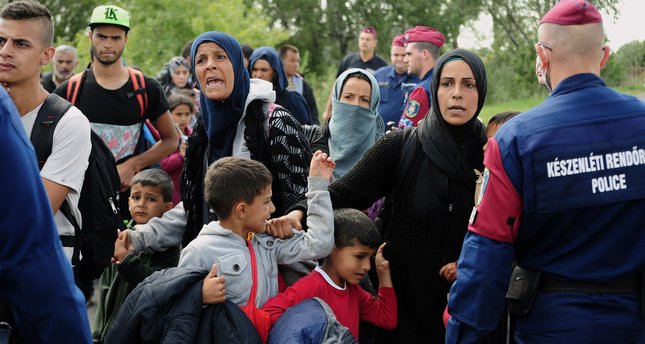 Hungary said Monday it was ready to begin detaining asylum-seekers in camps on its southern border with Serbia after passing a law this month that has drawn criticism from rights groups and the UN.

Hungary's parliament approved on March 7 the systematic detention of all asylum-seekers in camps on the border composed of converted shipping containers.

The move was part of policies by hardline anti-immigration Hungarian Prime Minister Viktor Orban, a strong admirer of US President Donald Trump.

From Tuesday, asylum-seekers entering Hungary as well as those currently in the country will be confined in camps at the its southern borders while their applications are processed.

"The border protection agencies are fully prepared for the entry into force of the reinforced legal border closure on March 28," said a statement by the interior ministry.

"The police, the defence forces and the Immigration and Asylum Office have made the necessary preparations for the implementation of the required measure," said the statement.

The ministry said the purpose of the restrictions is to "prevent migrants with an unclear status from moving freely around the territory of the country and the European Union, and to thereby reduce the security risk of migration".

According to the government 324 shipping container homes have been installed at two separate locations called "transit zones" built into a fence that Hungary erected along the 175-kilometre-(110-mile)-long border in 2015.

EU member Hungary previously systematically detained all asylum applicants but suspended the practise in 2013 under pressure from Brussels, the UN refugee agency and the European Court of Human Rights.

Rights groups like Amnesty International have condemned the new rules for failing to meet Hungary's international obligations to asylum-seekers.

The UNHCR also said that systematic detention will "have a terrible physical and psychological impact on women, children and men who have already greatly suffered".

According to refugee rights group the Hungarian Helsinki Committee (HHC) some 400 asylum-seekers are currently housed in the country's internal camp network, and now face relocation to the border camps.

A second "smart fence" complete with night cameras, heat and movement sensors, and multilingual megaphones warning against crossing the barrier is also under construction, with completion scheduled by May.