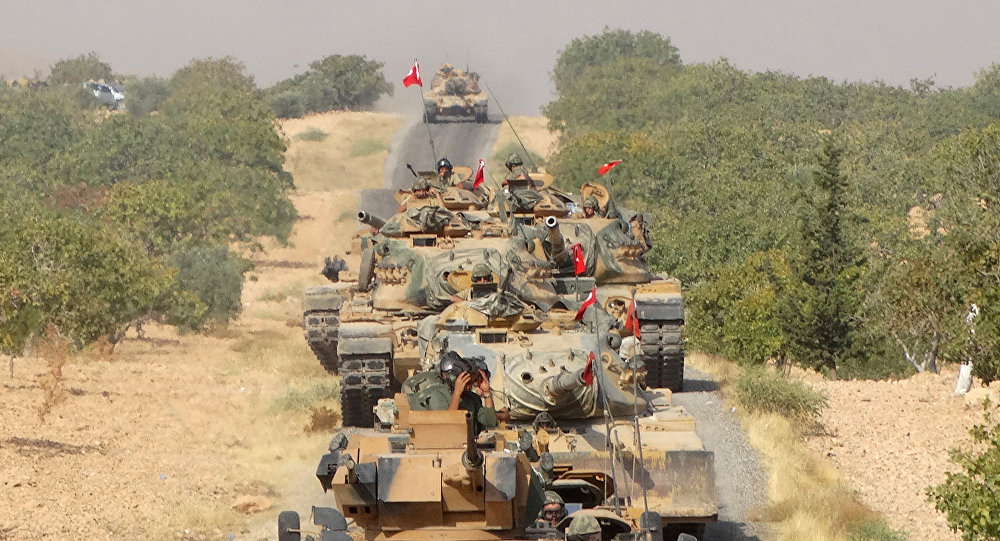 "It was noted that the Operation 'Euphrates Shield' which was started with the goal of ensuring national security, preventing the threat from Daesh and return of Syrian refugees to their homes has successfully completed," the statement by the Turkish National Security Council read.

On August 24, Turkish forces, supported by Free Syrian Army rebels and US-led coalition aircraft, began a military operation dubbed the Euphrates Shield to clear the Syrian border town of Jarabulus and the surrounding area from Daesh terrorist group.
The campaign was the first Turkey's incursion into Syria, however, earlier Turkish forces attacked Kurdish positions in Syria from its side of the border. The operation has been widely criticized both by the Syrian Kurds and Damascus, who have accused Ankara of violating Syria's territorial integrity.

As Jarabulus was retaken, the joint forces of Ankara, the coalition and Syrian rebels continued the offensive southwest.