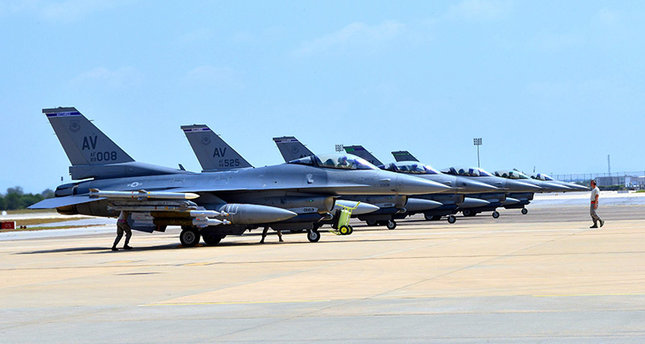 A burglar who broke into a house in southern Adana province and stole money accidentally entered Incirlik Air Base as he was being chased by the owner of the house and his neighbors.

Kocahan confronted the burglar as he was stealing the money, and tried to catch him.

Polat Y. then jumped off the balcony and fled the scene as Kocahan and his neighbors chased him.

He then jumped through the wire fence in İncirlik Air Base, but Kocahan and his neighbors immediately informed the police and military units.

Soldiers reportedly conducted a search and found the suspect hiding in the aircraft hangar.

Polat Y. was charged with "entering a prohibited zone" and "burglary" and was arrested.

In his testimony, he said that he took refuge in the air base as he was running away from the people chasing him.

Another man had unlawfully entered the base in December, when American actress Scarlett Johansson and other celebrities visited the base ahead of Christmas.

İncirlik Air Base is currently used by the U.S.-led coalition to fight Daesh targets. The Royal Air Force and the Royal Saudi Air Force also use the base.