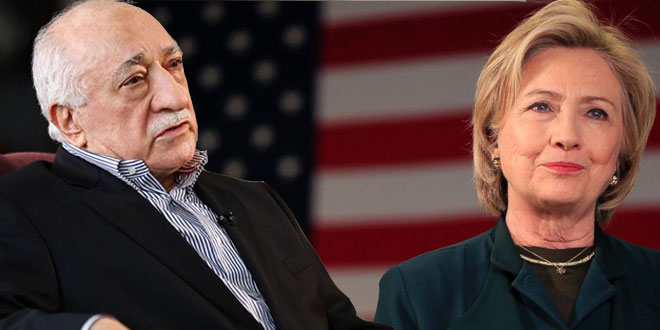 Fresh raids against the staff of the now-defunct Kimse Yok Mu (Is Anybody There?) charity run by members of the Gülenist Terror Group (FETO) unearthed new allegations against the terrorist group, which is accused of masterminding the July 15 coup attempt last year.

The Kimse Yok Mu charity is accused of diverting contributions it received from the public to another donation campaign: For the presidential candidacy of former U.S. Secretary of State Hillary Clinton.

Habertürk news reported that the charity transferred donations of $5,000 and $10,000 in multiple instances for the Democrat's presidential contender, Hillary Clinton, who suffered a crushing defeat to Donald Trump in the latest U.S. elections.

Turkish media outlets reported that donations were part of a scheme by FETO to escape prosecution in the United States where it controls a network of schools, companies and where its leader Fetullah Gulen, a retired preacher who settled in the United States in 1999, resides.

The charity has long been subject of criminal investigations in Turkey for its links to FETO and after the coup attempt that left 248 people dead. It was closed down, like other FETO-linked institutions, by a state of emergency decree.

As part of an investigation by the Chief Prosecutor's Office in Istanbul, 32 suspects linked to the charity were detained on Monday in nationwide police operations across Turkey.