Russian envoy: No progress in relations with NATO 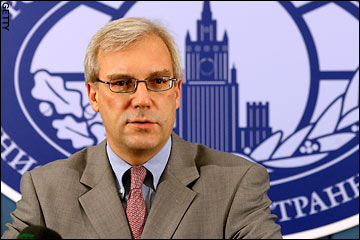 There has been no progress in Russia-NATO relations, Russia’s Permanent Representative to NATO Alexander Grushko said in an interview with the Rossiya 24 TV channel on Thursday.

The Russian diplomat pointed out that despite the ongoing political dialogue on regional matters and issues related to military activities, some decisions made at NATO’s Warsaw summit had been implemented in 2017.

"NATO is deploying additional forces to its eastern flank. There will be another four battalion groups and two US brigades, besides, depots are being set up to store military equipment enough to deploy one more brigade. They have also been stepping up their activities in the Black Sea area and in the Baltic Sea area. We have been witnessing new kinds of military activities," Grushko elaborated.

The Russian permanent representative also said that further steps aimed at preventing dangerous military incidents would only be possible if experts joined in the work. According to Grushko, "without involving the military, it’s not going to work", there is the need to set up communications channels between the militaries.