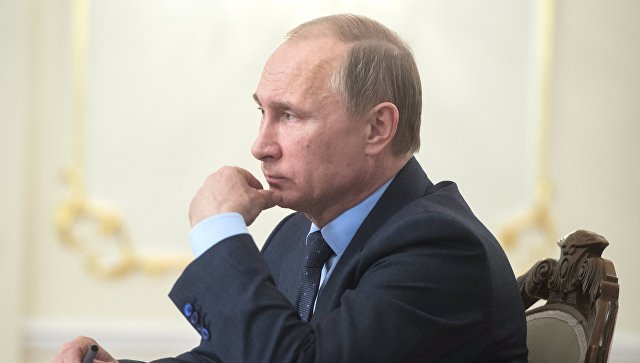 The Russian president expressed his condolences to Sweden's King Carl XVI Gustaf after the terrorist attack in Stockholm.

Axar.az reports that Russian President Vladimir Putin expressed his condolences to Sweden's King Carl XVI Gustaf after the terrorist attack in Stockholm, the Kremlin said in a statement on its website Friday.
"Accept our sincere condolences in connection with the tragic consequences of the terrorist act in Stockholm. Our country knows about the atrocities of international terrorism well. At this hard time, Russians mourn together with the people of Sweden," the statement said.

Putin also conveyed words of support to the families of those killed and wishes of a speedy recovery to those injured.

At least three people were killed and dozens were injured in Stockholm earlier on Friday when a truck rammed into a pedestrian crowd on Drottninggatan (Queen Street), a major pedestrian street in the capital, according to Swedish media reports.