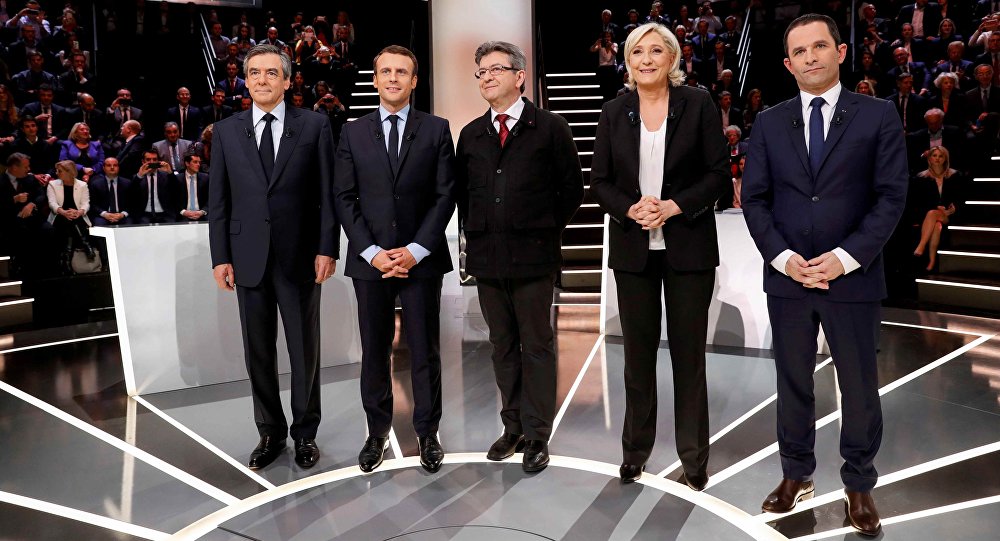 Axar.az reports that French independent presidential candidate Emmanuel Macron and far-right National Front (FN) party leader Marine Le Pen are running neck and neck with 23 percent of the projected votes each in the first round of the upcoming elections, a new poll revealed Tuesday.

According to the Elabe poll conducted for BFMTV and L’Express, no shifts in the voting intentions have been indicated either for far-left presidential hopeful Jean-Luc Melenchon or The Republicans' party nominee Francois Fillon. Melenchon remains two points behind Fillon with 17 percent.

In the second round of the election, Le Pen is projected to lose to both Macron and Fillon, with 36 to 64 percent and 42 to 58 percent, respectively.
The poll was conducted between April 9 and April 10 among 1,002 registered voters.

The first round of the French presidential election is slated for April 23, while the run-off is expected to take place on May 7.