There is no decision of presidents' meeting 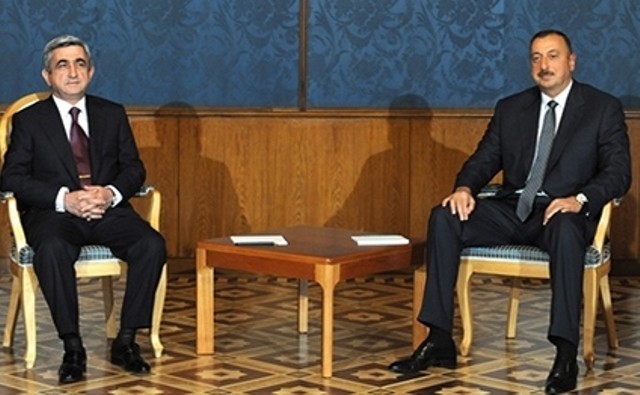 There is no decision over the possible meeting of the Presidents of Armenia and Azerbaijan in Washington, Spokesperson for the Republican Party of Armenia (RPA), Vice President of Republic of Armenia National Assembly Eduard Sharmazanov told the journalists.

Armenian media reports about it.

"The President of the Republic of Armenia will pay a visit to Washington. The public and mass media will be informed by the Presidential Administration according to the procedural order, but we are not aware of any decision about meeting. There is no such a decision and there has not even been such a discussion", said Sharmazanov.

Armenian and Azerbaijani presidents will attend the Nuclear Security Summit on March 31 in Washington.

In addition, the Armenian newspaper "Haykakan Zhamanak" reported that a meeting of the presidents may take place as part of the summit.