US sends 5000 troops to Afghanistan 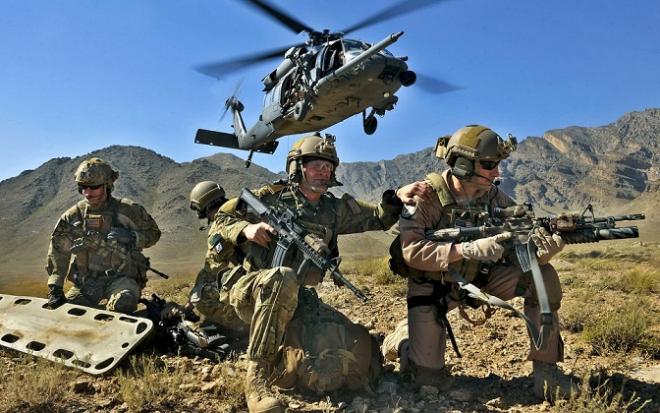 The Trump administration is poised to double down on U.S. commitments in Iraq and Afghanistan, all but ensuring continued American military involvement in both countries for years to come.

The White House is weighing a proposal to send between 3,000 to 5,000 more troops to Afghanistan to deal with the deteriorating security situation there, with both the Taliban and Islamic State increasingly active in parts of the country. With NATO leaders expected to match Washington’s proposed force increases, as many as 10,000 new allied troops may be heading to Afghanistan just as the longest conflict in American history enters its 16th year. Separately, The Associated Press reported that talks have begun with Iraqi Prime Minister Haider al-Abadi to allow for a permanent U.S. military presence in the country even after the Islamic State fighters are ousted from Mosul and other strongholds in the country. Officials from Washington and Baghdad confirmed the talks to allow American troops to remain in several bases in Baghdad, as well as positions along the Syrian border and near the ISIS-held city of Mosul, the AP reported Thursday.

“There is a general understanding on both sides that it would be in the long-term interests of each to have that continued presence,” a U.S. official told the AP, on the condition of anonymity. Mr. Trump and others have criticized the Obama administration for agreeing to what they say was a too-hasty U.S. withdrawal from Iraq in 2011, with Islamic State eventually filling the security vacuum three years later.

On Afghanistan, Theresa Whelan, who oversees the Pentagon’s special operations forces, said Thursday that the department’s proposals on troop levels could reach the president’s desk as early as next week.

“We are actually actively looking at adjustments to the approach in Afghanistan right now,” Ms. Whelan told the Senate Armed Services Committee, adding that the Pentagon’s intent is to “move beyond the stalemate and also to recognize that Afghanistan is a very important partner for the United States in a very tricky region.”