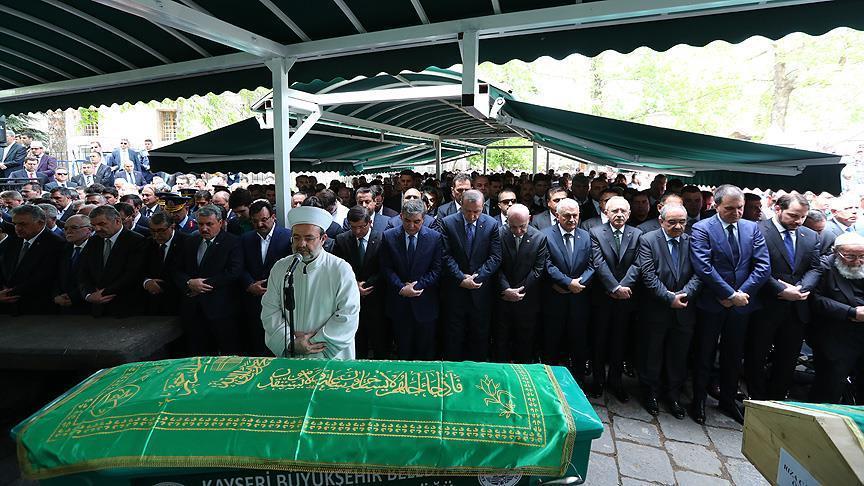 The funeral prayer of Ahmet Hamdi Gul was held at Cami Kebir Mosque in the province’s Melikgazi district.

The 91-year-old had passed away at a hospital in Kayseri city on Sunday.

Abdullah Gul is one of the founders of the ruling Justice and Development (AK) Party and served as president of Turkey between 2007 and 2014.

Before his term as president, Gul had also served as prime minister and foreign minister.