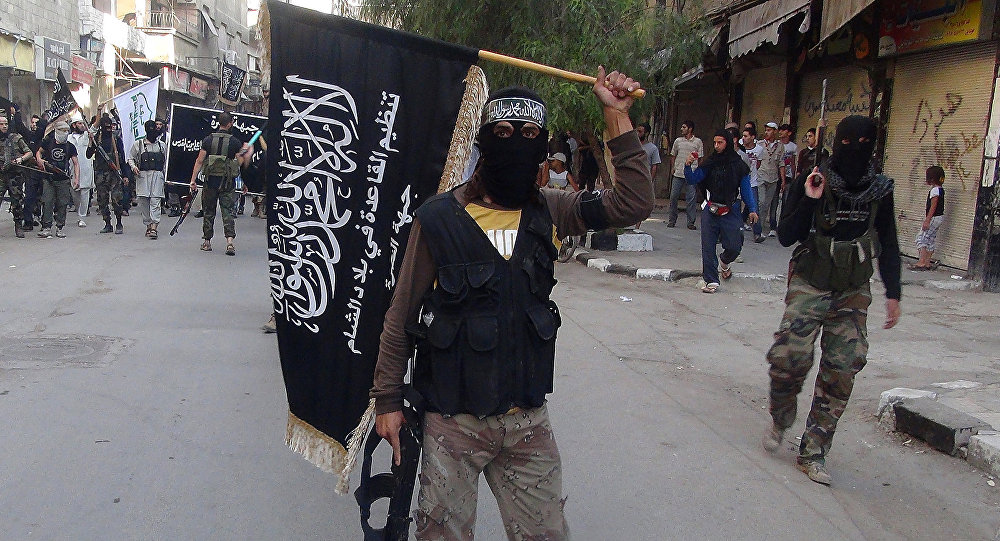 A coalition of groups spearheaded by al-Qaeda's former affiliate in Syria has issued a stern warning against the implementation of safe zones, saying those groups who adhere to the Astana accord would be deemed traitors of the Syrian revolution.

The fatwa essentially aims to warn moderate rebel groups against abiding by the Russian, Iranian and Turkish-sponsored ceasefire agreement.

The statement released by Tahrir al-Sham, led by al-Qaeda's former arm in Syria, Jabhat Fateh al-sham, also known as the the Nusra Front, threatened to wage an unrelenting war on other Syrian rebel groups, such as the so-called Free Syrian Army, if those groups follow the terms of the agreements signed by Russia, Iran and Turkey recently.

The deal propounds the idea of dividing Syria into "de-escalation zones," areas in which fighting and bombing would be prohibited. Tahrir al-Sham dismissed the deal, arguing that it is a conspiracy theory by the powers against the Syrian revolution. Subsequently, the jihadi coalition argued it would begin launching attacks against any and all Syrian rebel groups that support the zones.

"Accepting the Astana agreement is a betrayal of god, his messenger and the believers, as it is the betrayal of the blood spilt in efforts attempting to liberate al-Sham [Syria] from the hands of the disbelievers," said the group in a statement.

"For this reason, abolishing groups that are attempting to thwart our Jihad is Jihad in itself. It is a duty upon every Muslim. This ruling includes those groups as well as their collaborators or those who allow them to work under their banner. All of these are bad and should be killed," the group added.