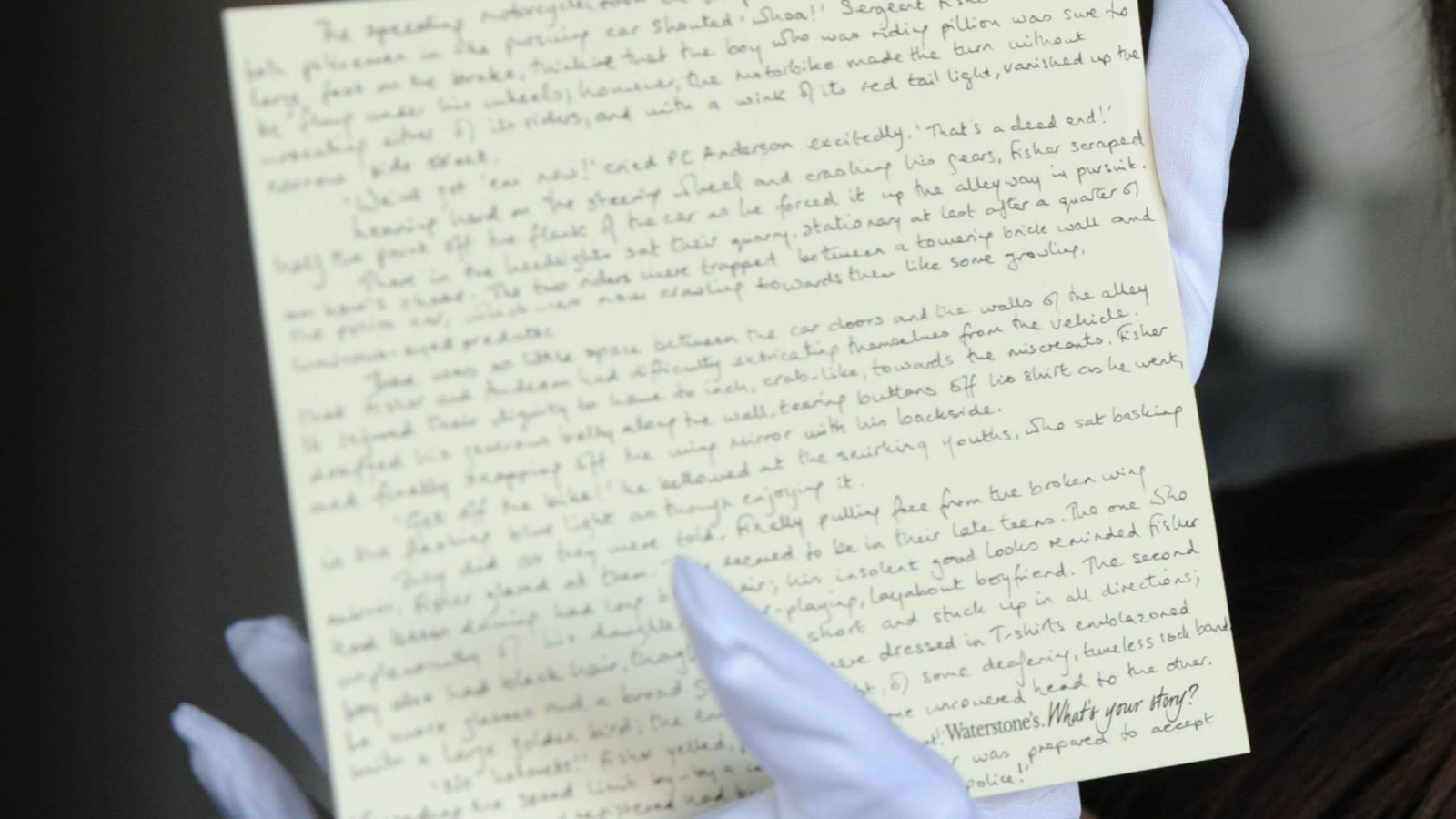 A handwritten postcard by J K Rowling containing a prequel story to the Harry Potter saga has been stolen in a burglary.

The manuscript was stolen along with various jewellery from a property in Howard Road, Kings Heath, Birmingham, during a break-in last month.

West Midlands Police have issued a plea for information in the hope that "the appeal goes far and wide among Harry Potter fans throughout the world".

Author J K Rowling posted her own appeal on Twitter on Friday, writing: "Please don't buy this if you're offered it."

"The only people who will buy this unique piece are true Harry Potter fans," a police investigator said.

"We are appealing to anyone who sees, or is offered this item for sale, to contact police."

They are confronted by two "muggle" policemen after a high-speed motorbike chase but manage to escape on broomsticks.

The prequel was among several works donated by authors, including Sebastian Faulks and Doris Lessing, to an auction held in 2008.

Its goal was to raise funds for English PEN, which promotes understanding through literature, and Dyslexia Action.