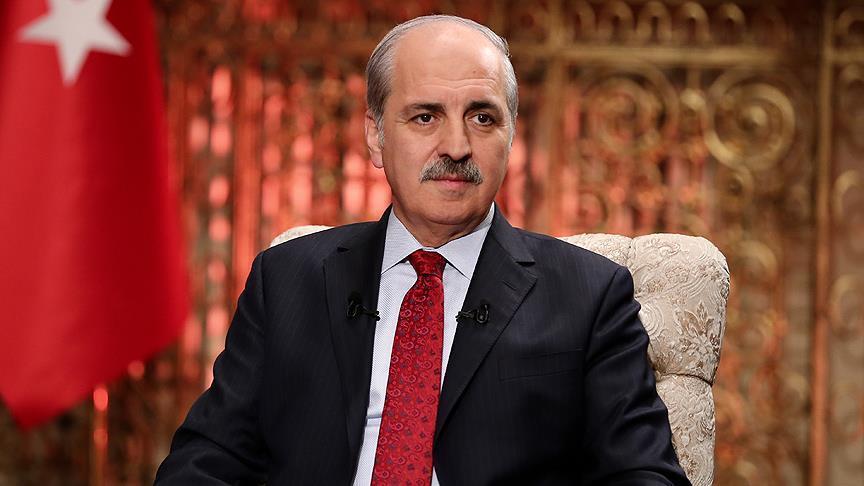 "Ending terror, the end of politics and politicians who are under the shadow of terror is very important for the democratization of Turkey," Kurtulmus said at Ensar Vakfi foundation Ankara,

"It is never correct to form politics by appealing for help from terror, by winning elections with the powers of a terrorist organization, by discharging other political parties in an atmosphere of fear produced by terror organizations," Kurtulmus said.

Ensuring all Turkish citizens are secured from the shadows of terror groups is one of the most important requirements for democracy in politics, according to Kurtulmus.

Turkey has for decades, battled the PKK that waged an armed campaign against the state that was resumed by the group in July 2015.

Listed as a terror group by Turkey, the U.S. and the EU, the PKK has since been responsible for the deaths of 1,200 Turkish security personnel and civilians, including numerous women and children.