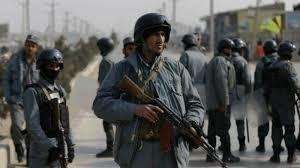 One day after a deadly attack on state-run TV by ISIS militants, Afghan security forces claim to have killed 102 militants, including 15 pro-ISIS militants, across the country in the past 24 hours.

Separately, the Defense Ministry said Thursday that 87 armed rebels have been killed and 27 wounded in ongoing counter-terrorism operations in 18 out of the country’s 34 provinces.

Ten people, including four assailants, were killed Wednesday in a gun-and-bomb attack on the regional headquarters of state-run Radio Television Afghanistan (RTA) in the eastern city of Jalalabad, Nangarhar’s capital. The RTA offices are located in the heart of the city, close to the headquarters of the provincial government and the main market.

ISIS claimed responsibility for the attack in a statement. Nangarhar has been marred by a pro-ISIS insurgency, with strongholds of the terror group's militants said to be in the southern Achin, Kot, and Bati Kot districts near the border with Pakistan.

Wednesday’s attack is the fifth major attack claimed by ISIS in the last seven months in Afghanistan. On May 3, ISIS said it carried out a suicide attack in the capital Kabul that killed eight civilians. Other attacks include the Sardar Mohammad Dawood Khan Hospital incident in March that left up to 50 people dead, a suicide attack on the Supreme Court in February that claimed 22 lives, and twin-suicide attacks on Shia protesters last year that killed 80 people.