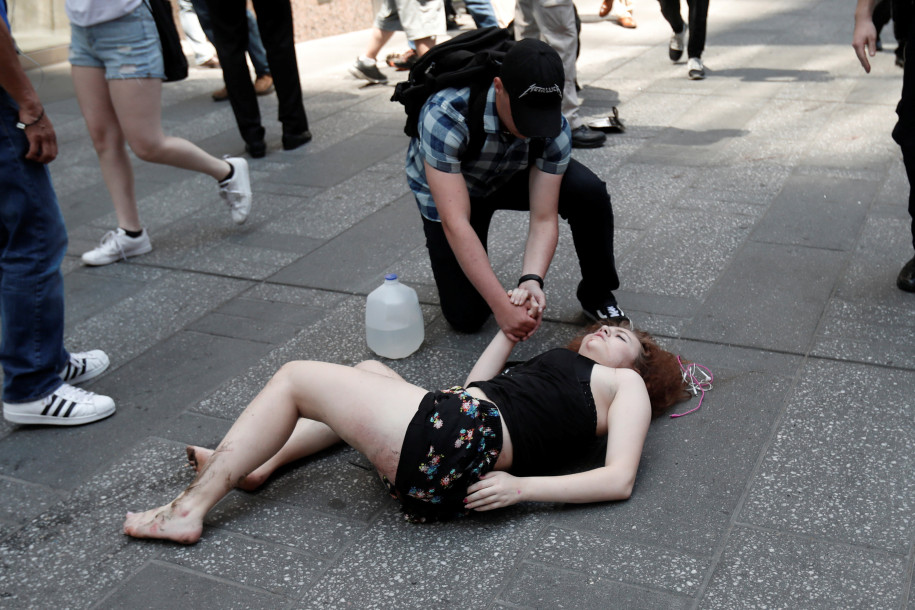 A speeding car plowed into a crowd of pedestrians in Times Square, killing at least one person and injuring 10 others, sources said.

The driver is in police custody, according to cops.

The smoking vehicle, a maroon Honda, was wedged up against a pole on the sidewalk. Photos show pedestrians lying in the street, and one person covered with a white sheet on the sidewalk.

At least 10 people are being treated for injuries, Reuters reported.

“just witnessed a car running people over in times square. scariest moment of my life. what is wrong with some people?!” wrote Twitter user Michael Rickerby.