Erdogan and Trump agreed to disagree 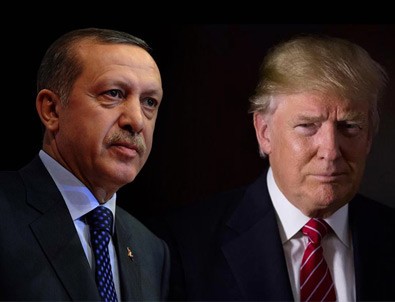 President Recep Tayyip Erdoğan’s recent visit to Washington has become an immaculate manifestation of how little Turkey is aware of the current political reality of the United States. If you watched Turkish television in the last couple of days, you have probably thought that U.S. President Donald Trump himself and his comrades beat their brains out to come up with some big concessions so that Erdoğan would not kill the so-called strategic alliance over their unease with the supply of heavy weapons to the People’s Protection Units (YPG). Not quite!

First of all, reversing a presidential order to provide combat vehicles and anti-tank weapons to the YPG in preparation of an operation to liberate Islamic State of Iraq and the Levant (ISIL) stronghold of Raqqa was a non-starter for Washington. Despite Erdoğan’s reversal rhetoric for domestic consumption, Turks were well aware that was a done deal. In fact, the decision was conveyed to the Turkish side in person and real time during three top Turkish officials’ precursor visit to the U.S. capital last week. And clearly Erdoğan had no intention of picking a fight with Trump as he did with Obama in his last two years in office.

According to Ankara, the declaration of arming the YPG ahead of the visit was a tactical move masterminded by the Pentagon for sealing the Raqqa plan, in order to avoid Erdoğan convincing Trump to proceed with the Turkish proposals instead. If Trump was not already in deep trouble because of his unconventional and controversial diplomatic dealings with Russia, perhaps the “personal connection” factor would have worked better. Unfortunately there was little room for that on May 16. Not only because of the narrow window of 22 minutes for their one-on-one meeting, but rather because Trump’s mind was set on finding a spin to shut the story of him sharing highly classified intelligence with Russian Foreign Minister Sergey Lavrov.

Trump’s heavy record of going off script and ignoring core U.S. principles in conducting foreign affairs have unsettled a variety of state actors since he took office. A probe into his former national security advisor Michael Flynn, his dismissing of former FBI chief James Comey and now allegations that he revealed state secrets to Russians inside the White House, all worked to strengthen the hands of Trump’s opponents who have been talking about impeachment since his first month at the White House. It is under these circumstances that Ankara needs to revise their optimism for expecting a lot from a personal connection between Erdoğan and Trump.

Erdoğan’s White House rendezvous demonstrated that the state bureaucracy managed to stay in the driving seat for key messaging. The U.S. side did not back down from its position for decoupling the YPG and the outlawed Kurdistan Workers’ Party (PKK) while promising Turks more cooperation, more intelligence and more arms to combat the latter. It became evident at the Erdoğan-Trump summit that Americans will try to contain Ankara’s threats of a full-scale military operation in Syria by promising the withdrawal of YPG/Democratic Union Party (PYD) elements from Raqqa once the city is liberated. According to seasoned Turkey expert Alan Makovsky, the U.S. might do more to curb Turkish fury and look the other way if Turkey takes action against the PKK in Sinjar.

Parallel to Erdoğan’s visit, U.S. public diplomacy kicked in to keep the YPG/PYD intact on the ground while addressing Turkey’s national security concerns. Special Presidential Envoy for Global Coalition to Counter ISIL Brett McGurk was pictured in Kobane meeting with YPG commanders while Erdoğan was at the White House.

Yet the next day State Department’s Deputy Assistant Secretary for European and Eurasian Affairs Jonathan Cohen made public remarks at a panel in Washington with a clear effort to reassure Turkey they have not made any political promises to the YPG/PYD. “Our relationship is temporary, transactional and tactical. Right now our policy is not to support any kind of autonomous, ethnic or sectarian zones in Syria,” he said.

At the Erdoğan-Trump summit, Turkey and the U.S. agreed to disagree on the most painful chapter of current relations. However, a great deal of distrust hangs in the background, and on both ends, fingers will be on the trigger during the upcoming war in Raqqa.