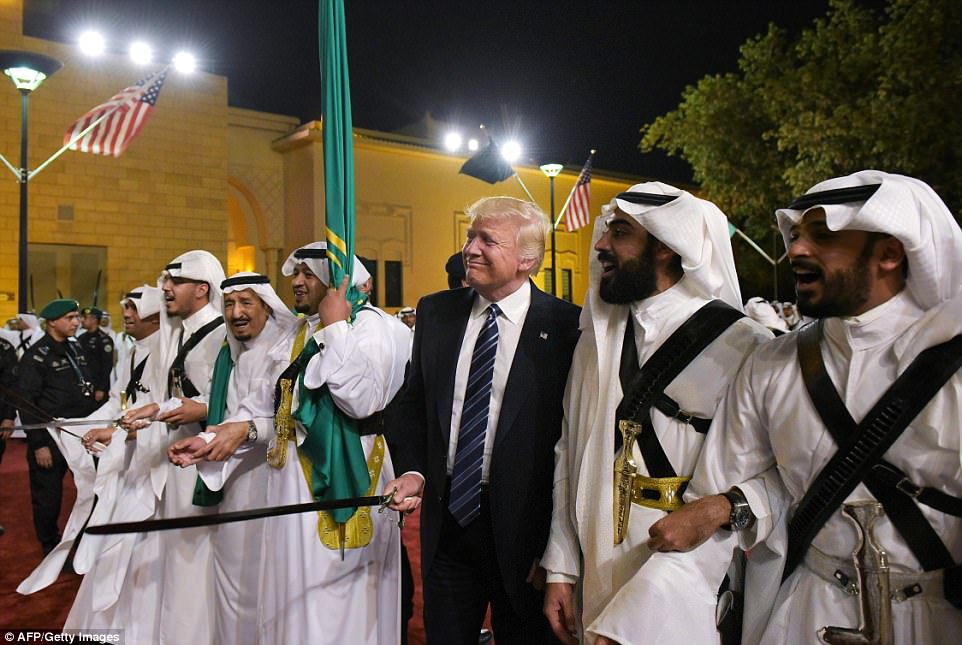 US President Donald Trump took part in a traditional sword dance during his official visit to Saudi Arabia.

The US leader participated in a traditional sword dance performance from Arabic folklore called ‘ardha’ or ‘ardah’, together with the King of Saudi Arabia Salman bin Abdulaziz Al Saud.

US Secretary of State Rex Tillerson and White House Chief Strategist Steve Bannon also got the chance to participate in the dance together with their president.

Ardha is a traditional Arabic men’s sword dance, accompanied by a drum beat and poetry recitation, which originally served as a display of a tribe’s martial strength. Today, however, it is performed during weddings, celebrations and notable cultural events.