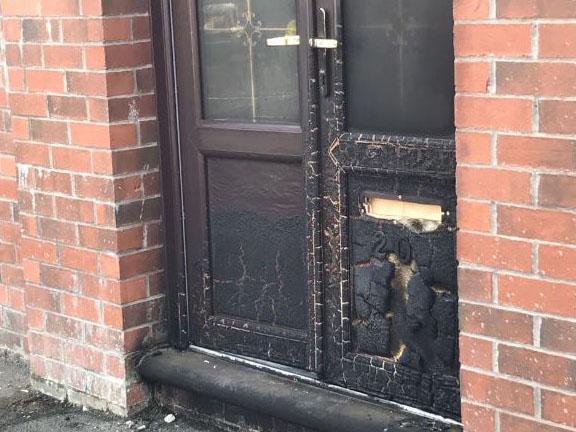 A mosque in Manchester was reportedly attacked just hours after a man detonated a bomb at an Ariana Grande concert which killed 22 people.

The door of the Jamia Qasmia Zahidia Islamic Centre in Oldham, Greater Manchester, was set alight and badly damaged.

“At around 2.55am on Tuesday 23 May police were called to reports of an arson attack in Oldham,” a police spokeswoman told The Independent.

“No one was injured and enquires are on-going.”

At Victoria Park mosque in Manchester, where imams from across the city gathered to pray for the victims of the concert blast, an imam confirmed that there had been a suspected arson attack in Oldham later that night, as reported by Buzzfeed News.

A spokesperson at the mosque on Villa Road in Oldham could not be immediately contacted by The Independent.

The imam, Mohammad Saddiq, told The Daily Mail that a member of the public called the fire brigade and nobody was inside the building at the time.

"We have no idea why somebody would target us. We are a religious and educational centre. I've been involved her for three years and never dealt with anything like this,” he said.

Mr Saddiq added that police were looking at CCTV and a new door would be needed.