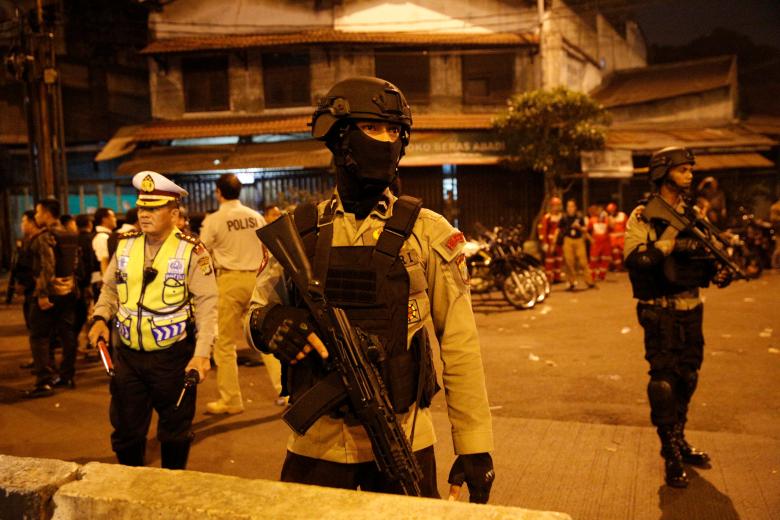 Indonesian police said on Wednesday that a suspected suicide bomber and a police officer were killed in explosions near a bus station in the eastern part of the capital, Jakarta.

There were two blasts in Kampung Melayu that went off five minutes apart late in the evening, police said in a statement.

It said some people, including police officers, were wounded and being taken to a nearby hospital.

A hospital official speaking on Metro TV said two policemen and a civilian were being treated, and all three were conscious. Another TV report said five people were wounded.

Authorities in the world's biggest Muslim-majority nation have been increasingly worried about a resurgence in radicalism, driven in part by a new generation of militants inspired by Islamic State.

There has been a series of low-level attacks linked to Islamic State since January 2016, when four militants mounted a gun and bomb assault in the heart of Jakarta.

Eight people were killed in that attack, including the militants.