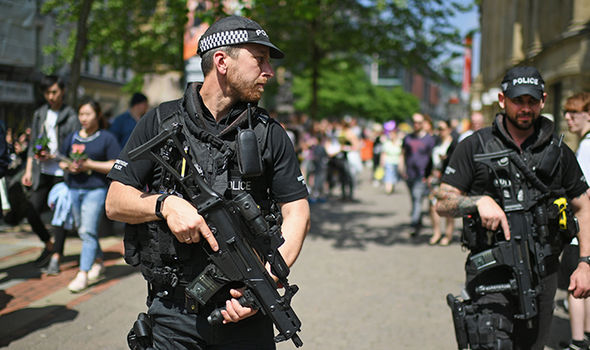 Police have stormed a building in Merseyside in connection with the Manchester bombing which claimed the lives of 22 men, women and young children.

Greater Manchester Police confirmed the raid was part of the ongoing investigation into the terror network surrounding Salmen Abedi, the barbaric terrorist who wrought carnage on the heart of Manchester on Monday.

In a statement GMP said: “This morning we have been carrying out searches at an address in the St Helens area of Merseyside.

“These searches are connected to Monday’s attack on the Manchester Arena, but this is a fast moving investigation and we are keeping an open mind at this stage.

“As it stands ten people in total have been arrested in connection with the investigation, of which a man and a woman have since been released without charge.

The twisted suicide bomber killed 22 people and injured dozens more when he detonated a bomb packed with shrapnel in an Ariana Grande concert.