Comedian who shared photo with Trump's head, got fired 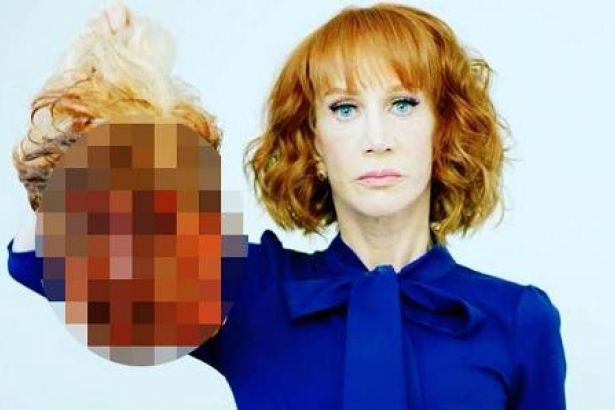 CNN has cut ties with comedian Kathy Griffin, who for several years has been co-host of the network’s New Year’s Eve celebration, over a video she posted in which she holds up a fake-blood-covered prop designed to look like President Donald Trump’s severed head.

“CNN has terminated our agreement with Kathy Griffin to appear on our New Year's Eve program,” the network’s communications team posted on its Twitter account Wednesday afternoon.

In an earlier statement, CNN called the image of Griffin holding up the fake head “disgusting and offensive” but said it was “pleased” that she had apologized. Still, the network said at the time it was “evaluating New Year’s Eve.”

On Wednesday morning, Trump tweeted that “Kathy Griffin should be ashamed of herself. My children, especially my 11 year old son, Barron, are having a hard time with this. Sick!”

Initially, Griffin sought to offer an explanation for the image, writing on Twitter that “I caption this ‘there was blood coming out of his eyes, blood coming out of his … wherever,’” a reference to Trump’s comments about former Fox News host Megyn Kelly’s questioning of him during an early Republican primary debate. She said she “obviously” did not condone violence but was “merely mocking the Mocker in Chief.”

The explanation did little to quiet the controversy created by the stunt, prompting Griffin to pull both the initial image and the explanation from her Twitter account and replace it with a brief apology video in which she told her followers, “I beg for your forgiveness. I went too far. I made a mistake and I was wrong.”