No FBI contact after report of link to Trump probe 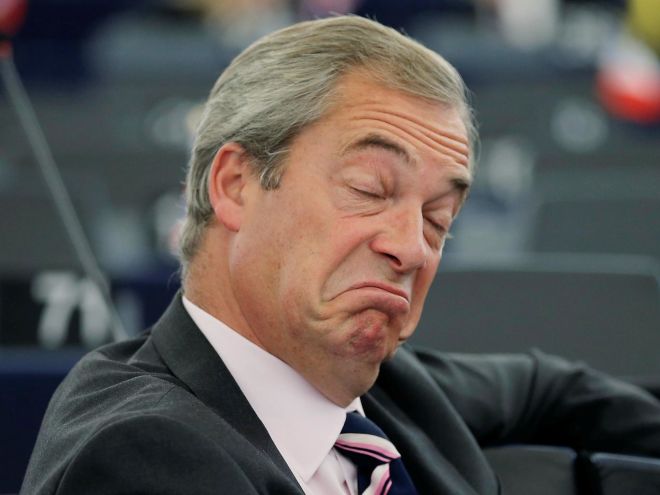 Brexit campaigner Nigel Farage said he had not been contacted by the U.S. Federal Bureau of Investigation and dismissed a report that he was a "person of interest" in an FBI probe into possible collusion between Russia and Donald Trump's presidential campaign.

"No, of course they haven't," Farage, the former leader of Britain's UK Independence Party, told BBC radio on Saturday when he was asked if the FBI had been in touch with him. "I mean this is just hysteria."

The Guardian, a British newspaper, said on Thursday that Farage had not been accused of wrongdoing and was not a suspect or a target of the U.S. investigation. But it said he was "right in the middle" of the relationships being looked at.

U.S. officials have previously said they were unaware of any serious FBI interest in Farage.