Terrorism kills more Muslims than anyone else 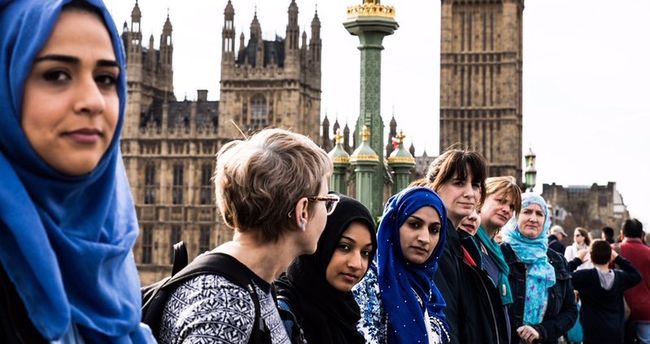 This week a terrorist attack in Kabul killed 90 people and injured more than 400.

Afghanistan's population is 99 per cent Muslim. While we can't say with absolute certainly the religion of each individual person killed by Isis (as it's not always recorded), the majority of their attacks do take place in Muslim majority countries. This means statistically speaking, it's very probable that the majority of those murdered by the terrorist organisation are Muslim.

According to Global Terrorism Index data, of the top 10 countries with the biggest threat of terrorism - eight are Muslim majority countries. Nigeria, which ranks third in the world for terrorism threats has an almost-equal spread of Islam and Christianity.

According to a report by the US National Counterterrorism Center, in cases in which religious affiliation of terrorism causalities can be determined, Muslims suffered between 82 and 97 per cent of fatalities over the past five years and Muslims are seven times more likely than non-Muslims to be the victims of terror.

It's difficult to claim that the majority of terrorism is Muslims killing Muslims, as ISIS claim responsibility for a number of attacks that they may not have actually carried out. In fact, the Global Terrorism Index, which is run from the University of Maryland and funded by the US government don't know who carries out 50 per cent of the attacks they record.

However, between 2001 and 2015, 75 per cent of the fatalities from terrorist attacks occurred in Muslim majority countries. Almost all of the attacks, 98 per cent, occurred outside the US and Western Europe - despite these dominating the news cycle.

The BBC reports that between 2004 and 2013, there were 400 terrorist attacks on UK soil, mostly non-lethal. In the same time frame the US suffered 131 attacks and fewer than 20 were lethal. During the same time-span in Iraq, there were 12,000 attacks and three-quarters of them were deadly.

The Global Terrorism Database notes 90 deaths in the UK from terrorist attacks between 2000 and 2015, that's not including the 30 British people that lost their lives on a beach in Tunisia in 2015.

Since 2015, a further 29 people have lost their lives in the UK; inlucing Jo Cox MP, who was murdered in 2016 by Thomas Mair (who was prosecuted as a terrorist) and those who died in the abhorrent Manchester and Westminster attacks in 2017.