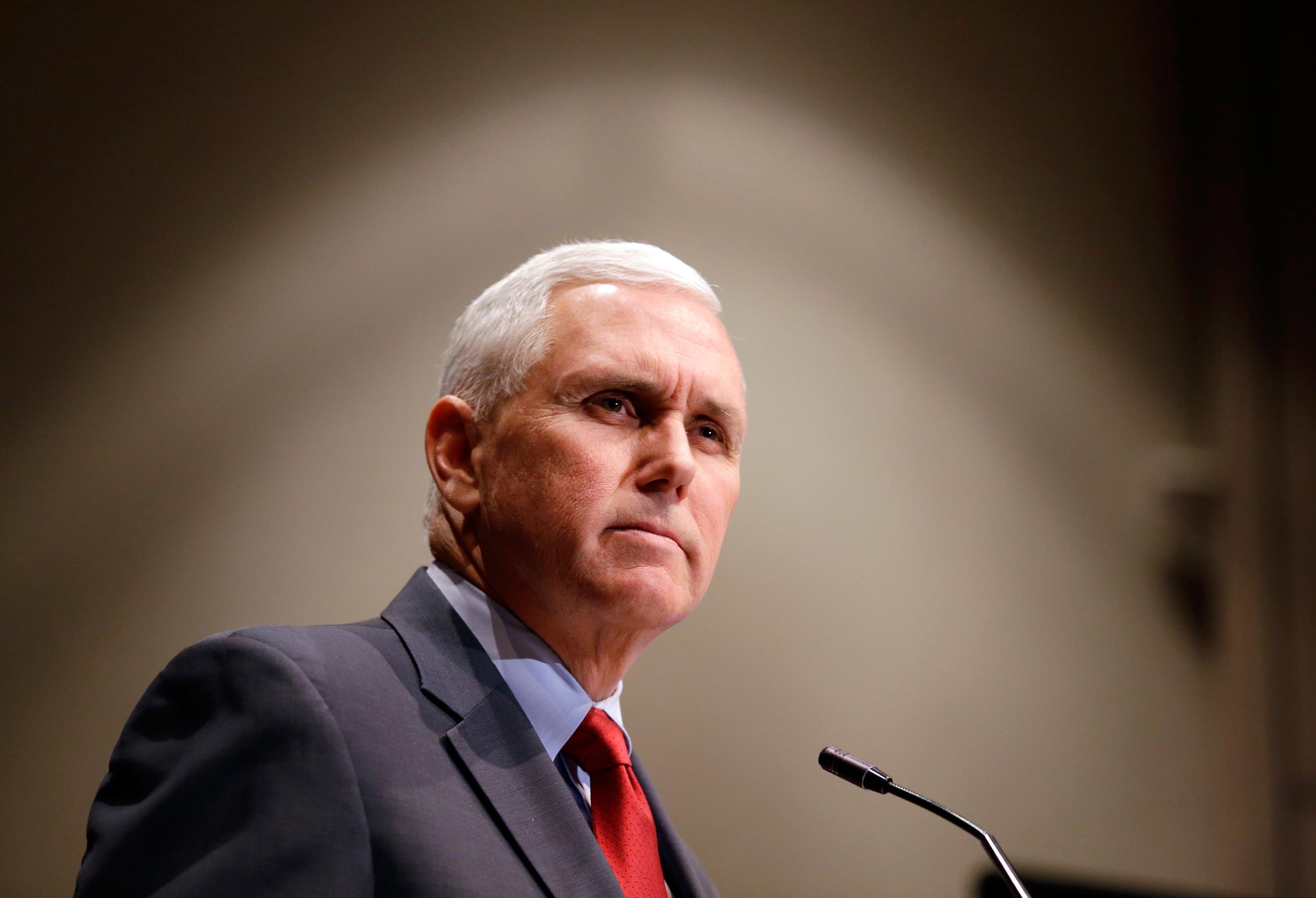 US Vice President Mike Pence has said that now was the time for NATO to “stand united and stand strong” against terrorism, in the wake of the recent terror attack in London. Addressing the Atlantic Council Distinguished Leadership Awards 2017, Pence said yesterday US President Donald Trump will not relent until “we protect the American people and our allies from the scourge” of global terrorism.

“Our enemies seek to divide us so that they might defeat us. But our alliance has faced far greater threats and emerged stronger and more secure and united as allies. I say with confidence and with faith we will drive the cancer of terrorism from the face of the Earth, and we will do so together,” he said while addressing the Washington audience.

“This is a threat we must face together. Now is the time for NATO and this Transatlantic alliance to stand united and stand strong in the face of global terrorism,” Pence said.

Referring to the recent foreign trip of Trump, the world saw first-hand just a few weeks ago, the President embracing his role and America’s role as a leader of the free world.
“I know that under the president’s leadership, the US’ leadership that I know our alliance will grow stronger, our people will be safer, and freedom will march onward,” he said.

Pence said under Trump, the US vows to continue to build and strengthen the bonds between the country and the nations of Europe for the benefit of their peoples for generations to come.

“As the world looked on, in his meeting with Secretary General Stoltenberg in April, President Trump reaffirmed the US’ commitment to the NATO alliance and to the enduring values that we proudly share,” he said.

“And make no mistake: Our commitment is unwavering. We will meet our obligations to our people to provide for the collective defense of all our allies. The US is resolved, as we were at NATO’s founding and in every hour since, to live by that principle that an attack on one of us is an attack on us all,” Pence said.

A strong North Atlantic Treaty Organisation (NATO) is vitally important, especially in these trying times, he said.
Pence said from Russia’s efforts to redraw international borders by force, to Iran’s attempts to destabilise the Middle East, to the global menace of terrorism that can strike anywhere, it seems that the world is more dangerous today than at any point since the fall of communism a quarter century ago.

“With the rise of adversaries, new and old, our alliance must continue to evolve to confront the threats of today and tomorrow, especially with where I began tonight, confronting the threat and the menace of terrorism,” he said.

“To be clear: It should be ’cause for alarm’ to us all, that we need to deploy our military to protect our citizens going to a concert, watching a marathon, or simply taking a stroll on a Saturday night because that is not the way a free person should ever be forced to live,” he added.

Police in London have named two of the three suspects in the van and knife attack that killed seven people on Saturday night near London Bridge.

Noting that the NATO continues to play a leading role in equipping the government and people of Afghanistan to confront the threat of terror, Pence said last week’s horrible attack in Kabul only underscores the importance of the mission.

The NATO is an intergovernmental military alliance between several North American and European states based on the North Atlantic Treaty that was signed on 4 April 1949.