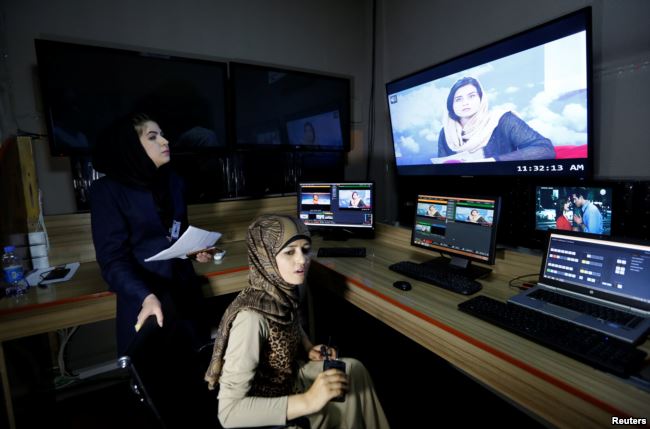 Amid a raging insurgency, deteriorating economy and restrictions on civil liberties, Afghanistan has launched a television channel dedicated to women.

Zan TV, or Women TV, is a round-the-clock digital satellite channel that aims to portray the achievements of Afghan women as well as the daily challenges they face to a global audience.

Hamid Samar, the channel’s founder and director, is optimistic about its prospects.

“Zan TV is the first TV channel in the history of Afghanistan run by women and for women,” he told Anadolu Agency.

Samar said that although aid agencies had invested heavily to promote opportunities for females in Afghanistan, nothing substantial had been achieved.

Following the fall of the Taliban government in 2002, generous funding by the aid community led to the advent and growth of private media that had previously been non-existent.

Currently, around 76 private and public TV channels are operating but many depend on aid and grants to survive in an economy that is still affected by ongoing fighting and terror attacks.

“We hope the international donors will help and support us to make Zan TV a sustainable project for many years to come, until it becomes a key player in the industry”, Samar said.

However, the passion and zeal of the station’s female staff has made it a unique initiative for promoting women’s issues.

“Fortunately, we are following the religion where humans are not divided based on gender, but men and women are equal and endowed with equal prestige and status according to human dignity,” he told the audience.