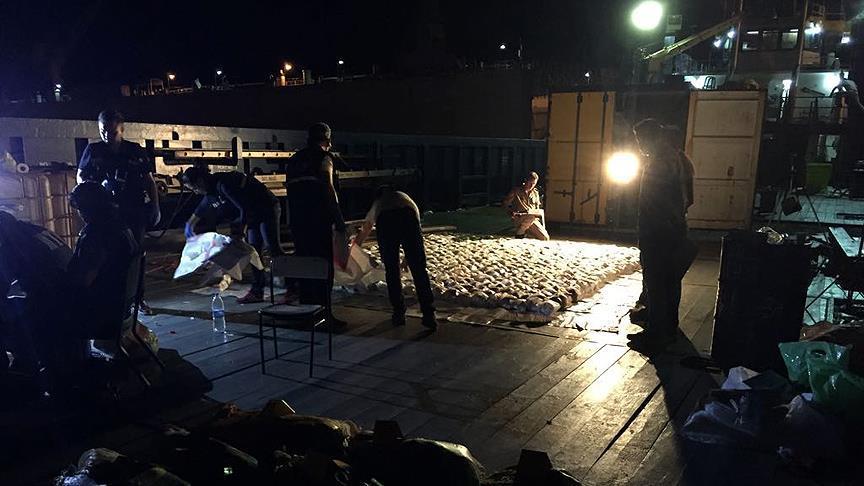 Turkish police announced Wednesday an anti-narcotics operation that resulted in the seizure of more than a ton of heroin aboard a ship off Suez Canal last week.

Video footage of the operation shared with the media showed navy special operations units in boats approaching "Commander Tide" -- which carried a Congo flag -- and neutralizing its crew, before coast guard officers rappel from a military helicopter with K-9 officers to carry out a search on board.

The navy officers arrested nine Turkish nationals and found 1,071 kilograms of heroin in dozens of sacks stored in hidden compartments aboard the vessel, the officials said on the condition of anonymity.

The operation that was conducted in international waters marked the largest single heroin haul in recent Turkish history, and Commander Tide was docked off Marmaris district of western Mugla province, the officials added.