The US is still supporting terrorists - Pushkov 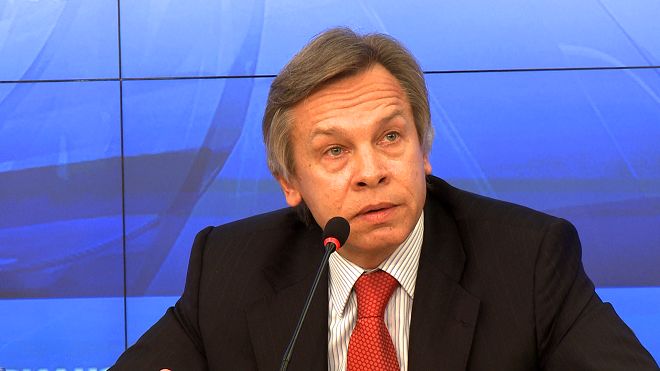 A Senior Russian lawmaker commented on the US coalition's latest airstrike against Syrian army troops on Wednesday, saying that Washington is still supporting terrorists operating in the Middle East.

Despite the change of the US administration in the beginning of 2017, Washington is still supporting militants in Syria, senior member of the Federation Council, the upper house of the Russian parliament, Alexei Pushkov, said Wednesday after the US-led coalition strike on the Syrian pro-government forces.

"The Unites States is still supporting terrorists in Syria. The discussions on the fight against ISIS are just a distraction. The administrations change by the policy does not change," Pushkov wrote on Twitter.