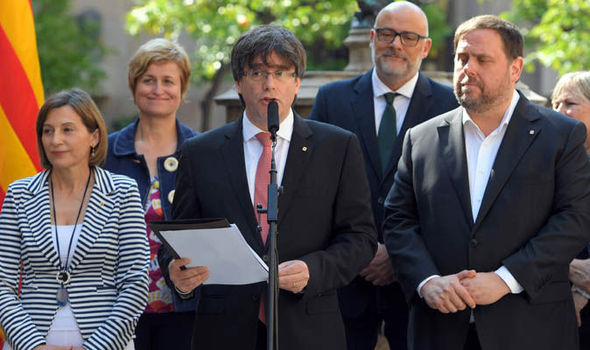 Carles Puigdemont, the President of the northeastern region has announced that it will hold a controversial referendum over the issue of breaking away from the control of Madrid in a vote on October 1.

Mr Puigdemont also revealed the question that Catalans will be asked in the vote.

Voters will be asked: “Do you want Catalonia to be an independent state in the form of a republic?”