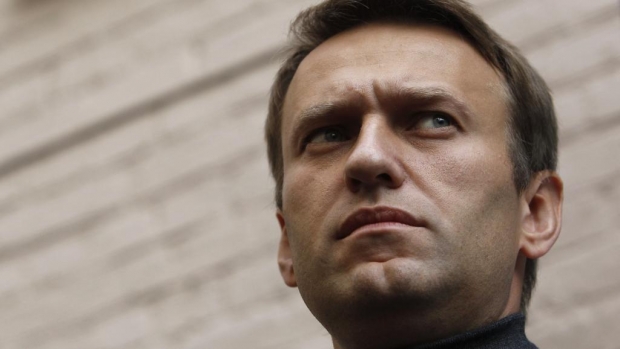 Russian opposition leader Alexei Navalny claims, if he is elected president, he is ready to withdraw Russian troops from the occupied areas of eastern Ukraine and hold a fair referendum in the Russian-annexed Crimea, according to the Russian independent television channel Dozhd.

I will implement the Minsk agreements. The world demands we implement them, Ukraine demands their implementation… I will fulfill the Russian part of the Minsk deal, will turn over control of the border," Navalny told in an interview with Russia TV host, journalist and public figure Ksenia Sobchak on TV Channel Dozhd on Friday, June 9. He did not deny the presence of the Russian army in the occupied Donbas.

He did not deny the presence of the Russian army in the occupied Donbas. " Read also Escalation in Donbas: Ukraine reports 2 KIA's, 11 WIA's on June 7 There is no doubt that our troops are there. Of course, there are armed groups that maintain direct with Russia – this has repeatedly been acknowledged by the leaders of those self-proclaimed republics [the so-called Donetsk People's Republic and Luhansk People's Republic].

They openly assert that they are unable to fight without Russia's support, without Russian troops," he said. "And how do you think, tell me, Ksenia, please – who is paying pensions there now? And who is paying wages there?" he said, addressing Ksenia Sobchak.

Speaking about the Crimea annexed by Russia in March 2014 on the basis of the outcome of a fake referendum, Navalny said that an honest referendum needs to be held on the peninsula. Read also OSCE monitors report 680 explosions in Donbas on June 6 "What should any good president do? He must hold another normal, or rather, not another, but the first normal, fair referendum, which Ukraine, of course, won't recognize with a high degree of probability, and we are well aware of this," he said.

Navalny says he knows that many in Ukraine and Russia do not like his words, but he is still confident that Crimea will remain unrecognized by anybody in the foreseeable future and "will virtually remain part of the Russian Federation." "It's not about Ukraine or Russia – it's about the true will of residents of Crimea, which should be expressed in a real way, not the way it was," he stressed.

Navalny says he considers the March 2014 referendum to be an "obvious fake."