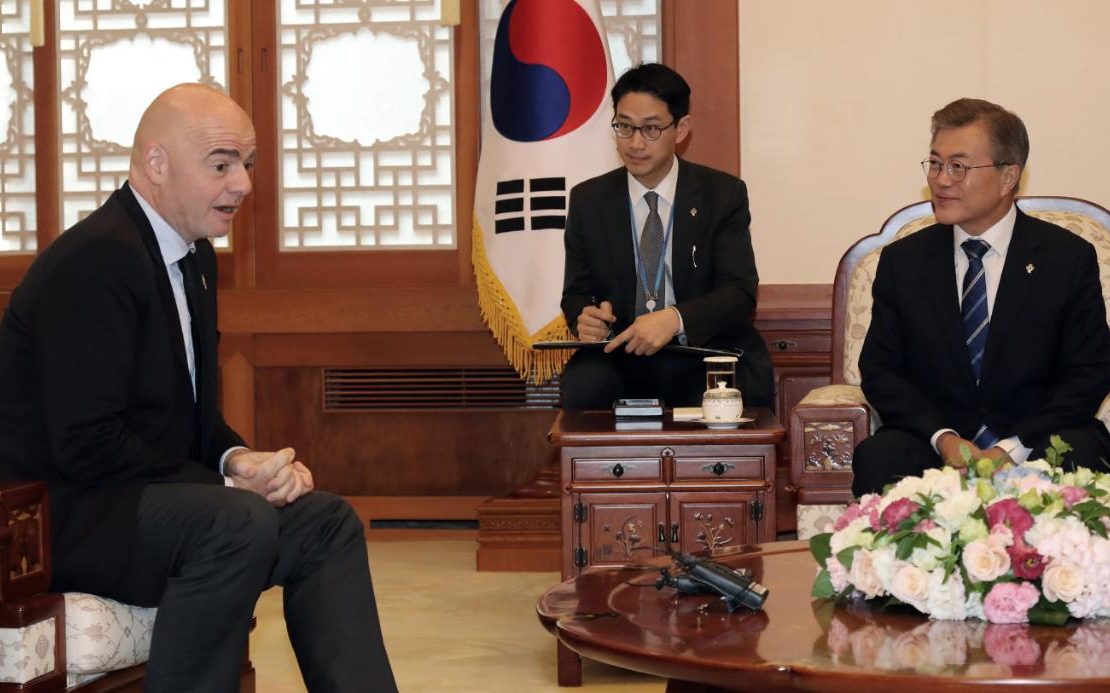 South Korea's new liberal president has offered to co-host the 2030 World Cup with rival North Korea and other Northeast Asian countries as part of efforts to promote peace in the region, his office said Monday.

Moon Jae-in made the proposal during a meeting with Fifa president Gianni Infantino at the presidential Blue House in Seoul, Moon's office said in a statement.

Infantino was quoted as saying he respects Moon's idea and that he will talk to Chinese President Xi Jinping about it when the two meet later this week. China and Japan reportedly want to host World Cup games individually.

Before taking office last month, Moon had said he would try to reach out to North Korea and improve ties badly strained over the North's nuclear and missile programs.

Since Moon's May 10 inauguration, however, North Korea has conducted several missile launches in a show of its resolve to continue its weapons development program to cope with what it calls U.S. hostility.

The two Koreas have been divided along the world's most heavily fortified border since the 1950-53 Korean War ended with an armistice, not a peace treaty. About 28,500 American troops are stationed in South Korea as deterrence against potential aggression from North Korea.

The organizers of the 2018 Olympics in Pyeongchang, South Korea, hope North Korea will take part in the Winter Games. North Korea boycotted the 1986 Asian Games and the 1988 Seoul Olympics, both held in Seoul, but it has since attended other major international sports events held in the South. South Korea and Japan co-hosted the 2002 World Cup.