Former player of Neftchi died in a car accident. 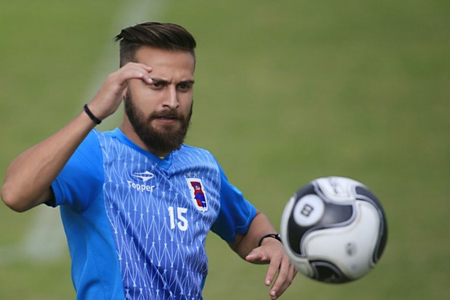 Axar.az reports citing Report.
Incident took place in Curitiba, Brazil this night. The late player was returning from birthday party. Audi model car, driven by the 26-year-old midfielder crashed into a roadside pole. Pessalli died on the spot. Rescuers spent 3 hours to pull his body out of the car. His passenger was injured.

Notably, Jonas Pessalli played for Neftchi from October 15, 2016 till the end of December. His last team was Paraná of Brazilian Serie A.